Tennessee man threatens daughter with knife after she comes out as a lesbian: police 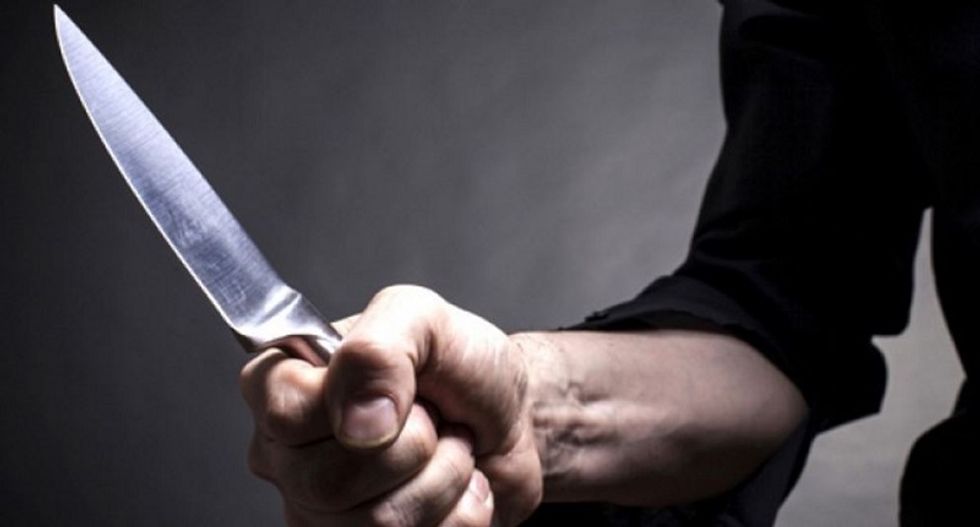 The man with a knife in a hand (Shutterstock)

A Tennessee man was jailed over the weekend after chasing his lesbian daughter with a knife when she came out to him, Fox17 reports.

Police told the station that Ike Wright was intoxicated and became enraged when he found out his daughter was gay. There was an argument, and he then waved a knife at her, her girlfriend and another family member.

He waved the knife at each family member in "separate threatening actions," authorities told the station.

Wright "ranted about his daughter being a lesbian throughout the interaction," authorities told Fox17.

Wright was arrested and charged with aggravated assault with a deadly weapon.