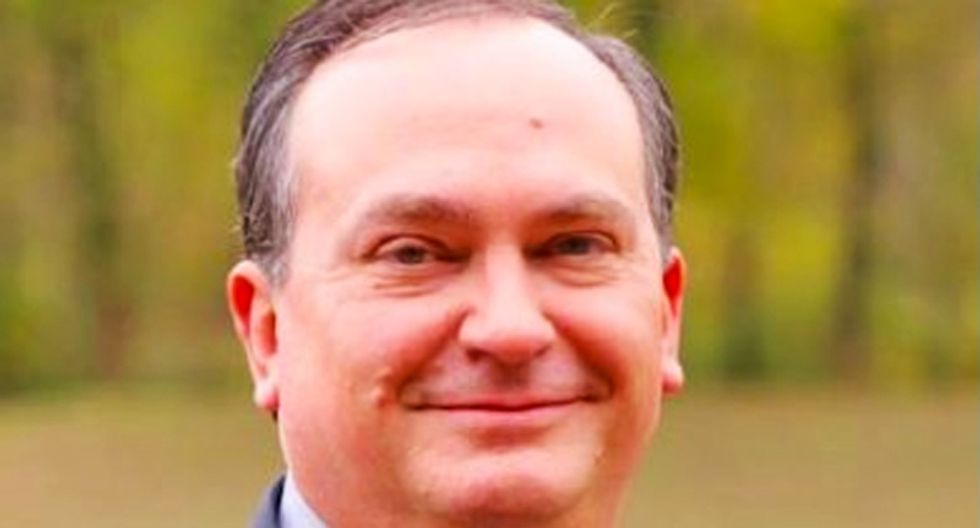 A candidate for District Court Judge in Van Buren County, Arkansas has dropped out of the race after a blogger posted a screenshot of a text he wrote calling a local county clerk a "hair lipped n****r wh*re."

According to the Arkansas Times, attorney Kent Tester was talking about  Van Buren County Clerk Pam Bradford -- despite the fact that Bradford is white.

On his blog, Blue Hog Report, writer Matt Campbell posted a screenshot of text messages from 2014 between Tester and current District Judge Susan Weaver, where the attorney first writes: "I hate texting someone sober."

Replying to comments from Weaver about another candidate who eventually lost to Bradford, Tester wrote, "Can't believe that hair lipped N*ger whore is gonna win!"

Tester initially defended himself in an interview, stating it was an inside joke between himself and Weaver based on previous comments made by the father of a Weaver opponent about the Republican Bradford.

Tester then turned to Facebook to announce he was dropping out of the race, while admitting that he was drinking at the time he was texting:

"There is no excuse or words to minimize how wrong the text was that was the subject of yesterday's BHR* and how wrong I was for sending it, even if attempting to be sarcastic. For this reason I am withdrawing from the race, will be removing my signs and online presence for the election," he wrote.

He added, "I apologize to all that I have offended by this incident, especially our African American community and women. I can never sit in judgment of any case with this mark on my character and will wear it in some way for the rest of my days. As is apparent in the text, I'm certain that I was drinking which is no excuse and does not mitigate the responsibility for my actions."