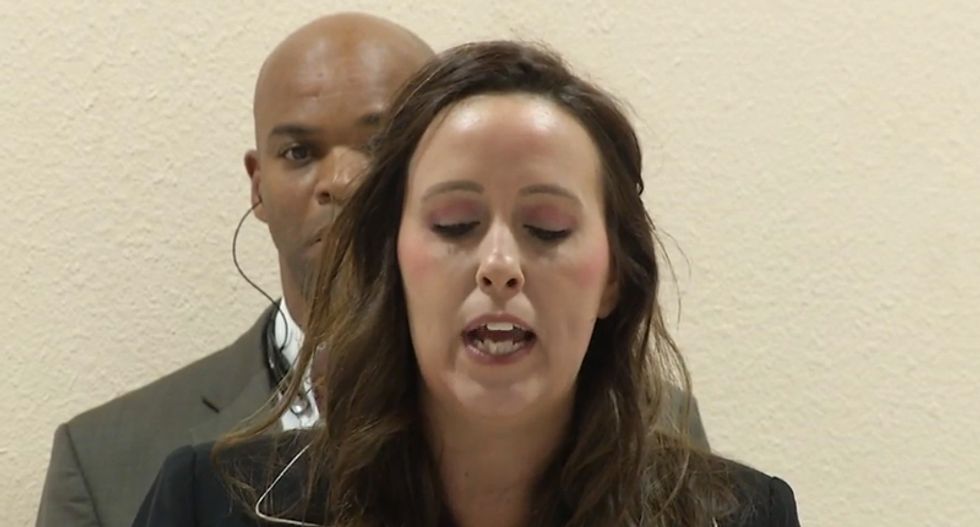 The publisher of a Texas tabloid dropped any potential plans to publish the names and addresses of San Antonino police officers after receiving death threats from around the country, reports News4SA.

On Saturday, San Antonio Observer publisher and editor in chief Stephanie Zarriello said her paper was "looking into the future prospects of publicizing the names and the addresses of all San Antonio Police Department officers in order to protect our community."

Zarriello's threat came in the wake of the shooting death of 36-year-old Antronie Scott, killed by a police undercover officer who thought Scott had a gun in his hand that turned out to be a cell phone. Scott was unarmed.

According to Zarriello, too often police officers go unpunished because they are allowed to remain anonymous.  She then compared them to the Ku Klux Klan.

"Like Ku Klux Klansman with hoods, (officers) do everything they can in order to protect their identities for fear of being brought to justice," Zarriello said in a press conference, adding, "Just as the names and addresses of sex offenders are publicized in order to protect the public from their wicked behavior, we feel that our community has the right to the exact same level of protection."

Sunday, Zarriello said that the paper dropped the idea after being flooded with calls from as far away as California and Florida -- including death threats --  after it was reported nationally that paper was publishing the information. Word also spread through social media, with some suggesting Zarriello's personal information should be made public.

She stated that the paper had no planss to follow through with the threat and that she only hoped to "make an officer think twice before shooting so fast and killing an unarmed person."

Watch video below of initial announcement by Observer publisher Stephanie Zarriello via News4SA: