Trevor Noah hammers Cruz over scrap with Ben Carson: He's 'the slimiest person in the world' 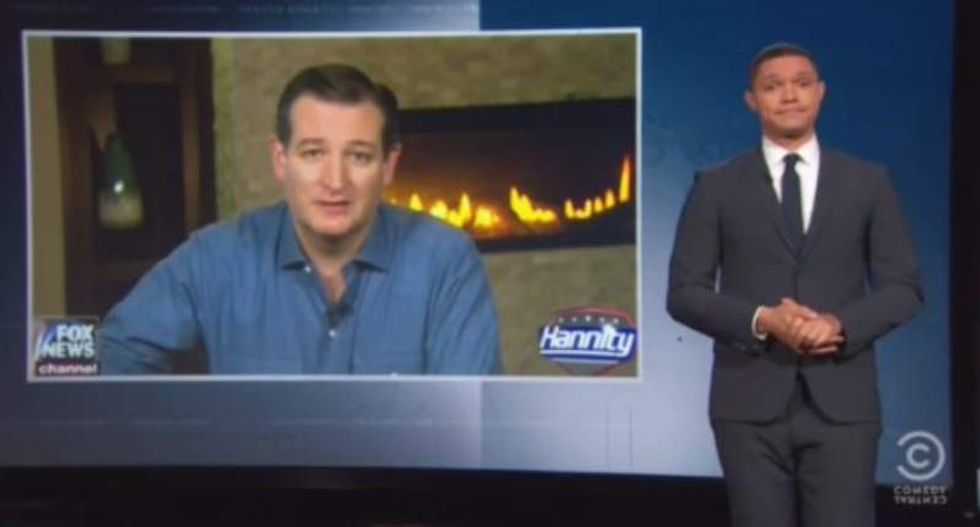 Trevor Noah ripped Sen. Ted Cruz (R-TX) on Wednesday's Daily Show for his campaign's role in spreading the false rumor that Ben Carson was ending his run for the Republican presidential nomination.

"If this is what Ted Cruz does to his friends, it's no wonder Ted Cruz has no friends," Noah said. "He's the slimiest person in the world."

On Monday, Cruz's campaign misrepresented a CNN story regarding Carson going to Florida following the Iowa caucuses in order to get "fresh clothes," telling Republican participants that Carson was actually leaving the race and urging them to choose the Tea Party lawmaker, instead.

"Can we acknowledge how weird this is?" Noah said of Carson's impromptu trip. "It's the biggest night of the campaign, and Ben Carson decides to fly halfway across the country to get 'fresh clothes.' I have so many questions. Does the Midwest not have laundromats?"

With the whole race being impossible to predict, Noah said, one constant would be Cruz "being a d*ck." But after the caucuses, he added, it will be easier to see how the top candidates will behave as the race goes on.

"[Donald] Trump will try to make it about himself. Carson will just disappear," Noah said. "And Cruz will sell his mother if he thinks it’ll get him another five points."