Trump turns South Carolina town hall into a whinefest: 'Fox treats me, like, worse than anybody' 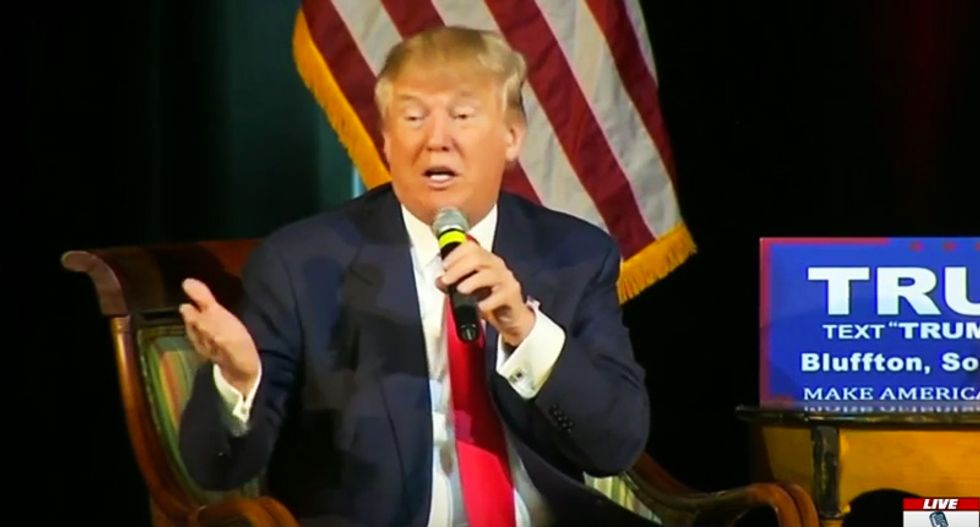 At a rally in South Carolina Wednesday morning, 2016 Republican presidential front runner Donald Trump once again complained about the poor treatment he believes he receives from conservative news outlet Fox, complaining, "Fox treats me, like, worse than anybody."

The blustery billionaire who has undoubtedly been campaigning so hard he hasn't seen the network's coverage of singer Beyoncé during the past week -- to say nothing of their reporting on President Barack Obama for the past seven years -- took exception with Fox pundits reacting negatively towards him.

“I get treated so badly. I was watching Fox this morning. They treat me so badly. Fox treats me, like, worse than anybody. But I get treated badly by the media. I don’t even... I don’t really understand why," the candidate said while seated on a stage.

"They have pundits on that are just one after another negative, negative, negative. It started where actually nobody — they all thought I wasn’t going to run and they said, ‘he’ll never run, he’ll never run’ and then they look bad and then they just don’t stop," he continued. "Some of them have become much better, but I think Fox in particular treats me so badly. It’s incredible.”

Trump's relationship with the network has been strained since he attacked Fox host Megyn Kelly after she moderated a GOP debate, complaining she had "behaved very badly" towards him.