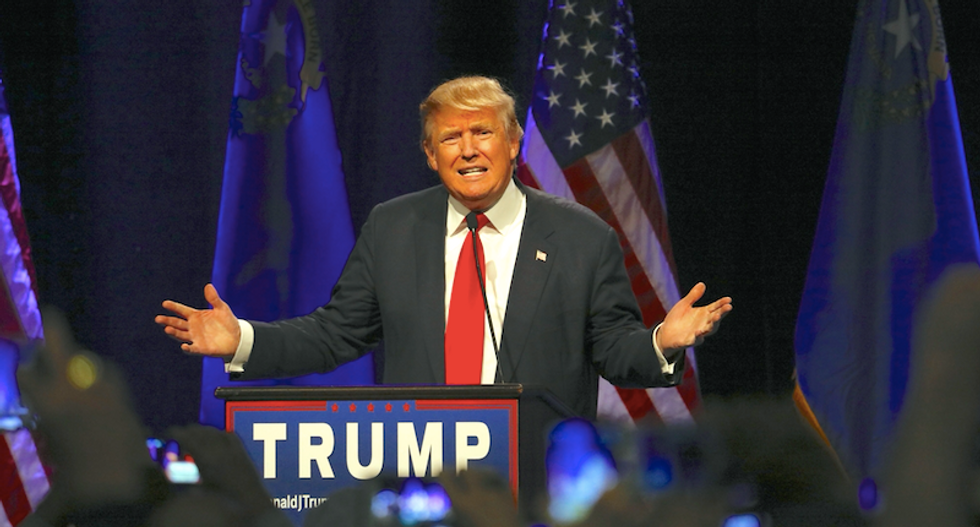 Mississippi’s vast flatlands, laced with the remains of a fading industrial base, are fertile ground for the incendiary populism of Donald Trump.

For the insurgent presidential candidate, there's plenty of voter outrage to tap into here and in a swathe of other southern states that could push Trump closer to securing the Republican presidential nomination in the coming weeks.

Mississippi’s unemployment rate is among the highest in the nation: more than 75,000 manufacturing jobs have disappeared in the past 15 years; and white voters at the core of the state’s Republican Party fear the rise of immigrant workers.

The deep economic dislocation felt by many in Mississippi, reflected in Reuters interviews with dozens of voters, explains how Trump is attracting broad-based support in southern states, including from many evangelical Christian voters prepared to overlook his past liberal positions on touchstone social issues.

“Look at immigration, look at terrorism, look at the things that really matter,” said Heather Fox, a field director for the Trump campaign in Mississippi.

“If we don’t have a country, it’s not going to matter about the Bible or the Constitution because we are going to be dead and gone,” she added during a recent gathering of Republican voters in a Holiday Inn conference room in Lucedale, southern Mississippi, that began with a prayer.

Caleb Howell, a Baptist deacon, says even those with jobs often see little chance of promotion.

“There are not many options,” he said, “even for preachers.”

From the Mississippi coast through Alabama, Tennessee and the Appalachian coalfields of Kentucky, America’s economic recovery has been patchy if not outright elusive.

The four-state region is the country’s least educated and least well paid, according to federal jobs data.

Politically, the region has emerged as a bedrock of support for billionaire real estate mogul Trump, who has hammered home his pledge to return America to “winning” ways versus foreign competitors and foes.

In polling conducted for Reuters by Ipsos, Mississippi, Alabama, Tennessee and Kentucky ranked among Trump's top seven states nationally, with more than 40 percent of Republicans and independent poll participants backing him.

(See this graphic on census data from Trump's heartland. http://graphics.thomsonreuters.com/test-trumpsouth/index.html)

Alabama and Tennessee vote on March 1 on “Super Tuesday”, along with 13 other states and territories in the heated race to select the Republican Party’s presidential candidate. Kentucky holds a Republican caucus on March 5 and Mississippians vote in their party primary on March 8.

The 2007 to 2009 economic crisis fell particularly hard on Mississippi and neighboring states. The number of jobs fell faster than in much of the rest of the country, climbed back more slowly, and as of last year remained more than 200,000 short of where it was before the crisis, federal data show.

Economic and cultural dislocation runs strong, whether it's anger over Washington's regulatory reach into industries like coal mining, the perceived threat to conservative values on issues like same-sex marriage, or the conviction that the economy no longer works for average Americans.

A nation-leading 32 percent of the adult population in the four-state region has only a high school degree, a problem at a time when the fastest job and wage growth is in occupations that require a bachelor’s degree or more. Since 2000, jobs available in Mississippi for those with only a high school degree fell five percent, according to a Reuters analysis of federal occupational data.

Between 2000 and 2014, median household income fell nearly 12 percent in Mississippi, about twice as fast as the overall U.S. decline, adjusted for inflation. Income among white households fell slightly more than 12 percent, compared to a decline of less than five percent for all whites nationally.

"We’re shipping out all the work and bringing in all the people that don’t want to work,” said Walter Wright, 46, who owns a real-estate company in Hurley, Mississippi. He said he supports Trump because of his tough build-a-wall approach to stopping illegal immigration and because “he is angry.”

Although the region has the lowest share of foreign-born residents in the country, at fewer than four percent, and the lowest portion of Hispanic residents, whether born in the U.S. or elsewhere, the numbers have been growing. In Alabama and Mississippi, for instance, the Hispanic population more than doubled from 2000 to 2010.

That’s coincided with a difficult economy. Mississippi, once a major builder of ships and furniture, has seen an exodus of thousands of jobs in both industries to China and Mexico over the past two decades.

Mississippi’s manufacturers shed 75,738 jobs between 2000 and 2015, according to Manufacturers' News Inc, a publisher and compiler of industrial directories and databases.

Trump has said he will bring back American jobs “from China, from Mexico, from Japan, from so many places."

He has proposed doing this by slapping tariffs on foreign goods and negotiating better trade deals. He has threatened a 35 percent tax on Ford Motor Corp vehicles made in Mexico that are brought back to the United States to be sold.

Most economists doubt Trump can revive manufacturing on its former scale in Mississippi or elsewhere, especially for unskilled workers. His threats also risk a trade war that could backfire by raising costs and hurting American jobs.

While trade deals like the North American Free Trade Agreement may have shifted some jobs abroad, the integration of global supply chains has also helped Tennessee stand out in the region with its booming auto industry, and drawn foreign companies like Airbus to Mobile, Alabama.

“The day of putting on a suit and tie at 6 in the morning and getting a clean cut shave and taking your briefcase to an office somewhere, it’s gone," said Blake Nash, 29, a Trump supporter whose mother was let go at the plant in 2006.

In Nash’s town of Lexington, near the Tennessee border, red, white and blue Trump signs sprout from streets studded with Baptist churches, the only banners of any presidential candidate in the area.

Nash, who has no health insurance and calls his university degree in health sciences worthless, recently applied for a job with a company that contracts work with Boeing Co and Lockheed Martin Corp, but was rejected because he didn’t have the right training. With good jobs at home scarce, he works on contract in other states such as Texas.

Many farmers in Lauderdale County, the location of the International Paper plant, relied on the factory for their primary income, said Charlie Thompson, a farmer who worked there for 34 years and lost his job in 2014.

Thompson, 58, former president of the Lauderdale County Farmers Federation, estimates that about 15 percent of the sacked workers were farmers, further straining a county where the number of farms was already in decline.

“If you can equate signs in the yard with being popular, I would say probably Trump is a front runner around here,” said Thompson.

Still, a win is no sure thing.

At the Lucedale forum, Chris McDaniel, a Republican state senator in Mississippi and Cruz supporter, hammered at Trump’s inconsistency on conservative hot-button issues such as abortion.

“How sure and solid has Trump been? Just a few years ago, he was pro-choice,” McDaniel said, referring to a television interview Trump gave in 1999 when he said “I’m very pro-choice" and that he would not ban partial-birth abortions.

He has since said he is against abortion.

“We are kind of afraid of what he has been in the past,” said Gussie Vise, 71, a retired teacher and wife of a local preacher. She is leaning toward Cruz but says of Trump,“we like him.”