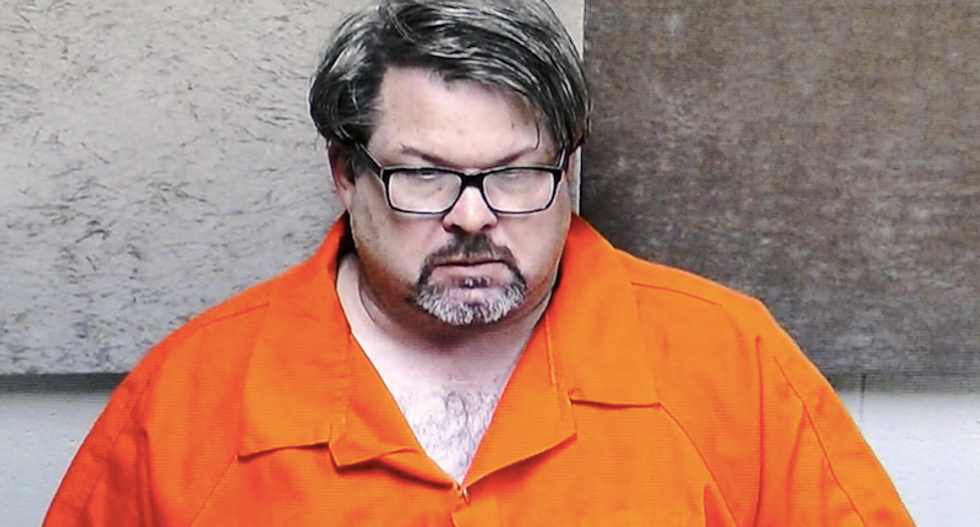 A man working as an Uber driver admitted to the fatal weekend shootings of six people in Kalamazoo, Michigan, a police detective testified on Monday in a case raising questions about how the car service vets its drivers.

Jason Dalton, 45, was denied bail as he made his first court appearance on 16 charges including six of murder that can bring life in prison.

Dalton appeared via a video link and was seen on a monitor at the Kalamazoo County court wearing glasses and dressed in an orange prison jumpsuit.

When asked if he had anything to say, Dalton, who appeared emotionless through the proceedings, said he preferred to "remain silent."

The judge denied bail and set March 3 for the next hearing.

After the hearing Kalamazoo County Prosecuting Attorney Jeffrey Getting told reporters Dalton had been cooperative with authorities but possible motives for the shootings were still unclear.

"No one understands why it happened, and that adds to the fear and the sorrow," Getting said.

Prosecutors alleged Dalton randomly shot multiple times at people during a five-hour period on Saturday at an apartment complex, a car dealership and a Cracker Barrel restaurant in Kalamazoo, about 150 miles west of Detroit.

Police were investigating reports Dalton drove customers of the Uber car-hailing service the night of the rampage. Two people were wounded in the shootings, including a teenage girl who was initially thought to have died but was showing signs of improvement on Monday, state police said.

Initial checks with a key federal agency indicate Dalton was unknown to both law enforcement and counterterrorism agencies for having any known connection to extremist groups.

President Barack Obama said on Monday he had spoken to the mayor and top law enforcement in Kalamazoo about the shootings and pledged whatever federal support they need.

"Earlier this year, I took some steps that will make it harder for dangerous people like this individual to buy a gun. But clearly, we're going to need to do more if we're going to keep innocent Americans safe," Obama said in remarks before the National Governors Association at the White House.

Uber said on Monday it would not be changing the way it screened its drivers following the weekend shooting spree. It also said Dalton had received "very favorable" feedback from riders.

"There were no red flags, if you will, that we could anticipate something like this," said Uber's chief security officer, Joe Sullivan.

Uber drivers use their personal vehicles to ferry customers at prices generally below those of established taxi companies. Critics contend vetting is inadequate and the company never meets potential drivers in person.

"A background check is just that -- a background check. It does not foresee the future," Ed Davis, of the Uber Safety Advisory Board, told a teleconference with reporters.

The Dalton family said in a statement: "There are no words which can express our shock and disbelief, and we are devastated and saddened for the victims and the families of the victims," Michigan State Police said the shooting began at about 5:30 p.m. on Saturday with a woman wounded outside an apartment building. At about 10 p.m., Richard Smith and his son Tyler were killed at the car dealership.