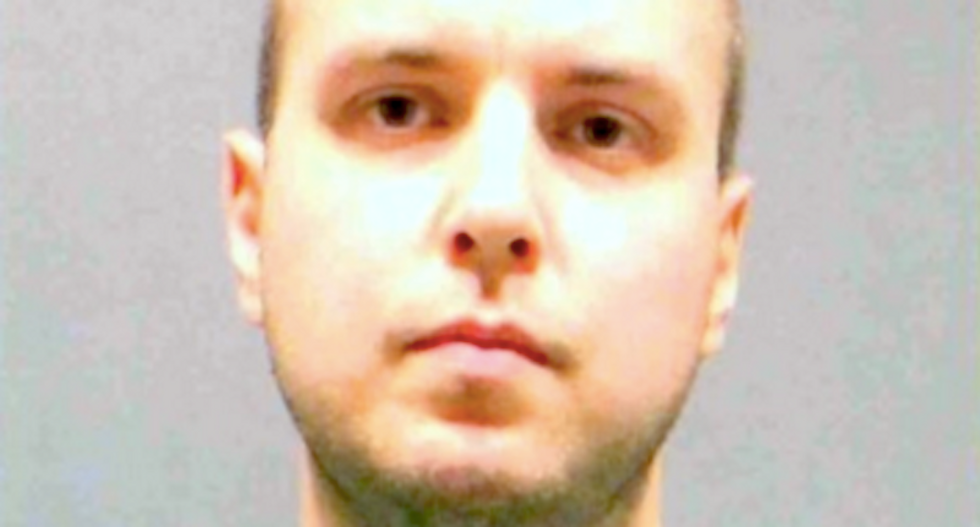 A Sandy Hook "truther" will face a jury after a Connecticut judge rejected his request for a special probation program for allegedly -- and repeatedly -- harassing a slain teacher's family.

Matthew Mills confronted the sister of Victoria Soto after a Nov. 7 charity race held in her honor and recorded video of the woman's reaction, reported the News Times.

Soto was hailed as a hero after investigators said she protected her first-grade students from a gunman during the December 2012 massacre at Sandy Hook Elementary School.

The 32-year-old Mills was charged with breach of peace and interfering with police after investigators say he shoved a photo of Soto into her younger sister's face and angrily shouted that she had never existed and the mass shooting had not taken place.

Jillian Soto was upset by the accusations and repeatedly asked Mills to leave her alone, but instead he continued shouting at her and recording video of her crying until police arrived.

Mills then ran away, police said, but he was arrested a short time later following a brief foot chase.

His attorney argued during a hearing Thursday that Mills was exercising his constitutional right to free speech by denying the slain woman's existence to her relatives.

“Sometimes facts are misinterpreted and police reports are not as factual as they should be,” argued attorney James Hardy II.

The attorney asked the judge to place Mills in an accelerated rehabilitation program for non-violent offenders, which would have allowed him to plead guilty and be placed on two years of probation.

The original charges would then be dismissed if Mills didn't commit any additional crimes while on probation.

The attorney said the Brooklyn man's wife is expecting a child and had given her husband an ultimatum to stop promoting conspiracy theories.

Jillian Soto begged the court not to grant the request, saying Mills had repeatedly harassed her family.

Prosecutors said Mills was likely to commit additional crimes while on probation, saying that he had interrupted a postgame interview at Super Bowl 48 to shout 9/11 conspiracy theories.

Superior Court Judge William Holden denied the request by Mills, who will face a jury trial.

“I’m of the opinion that any crime that threatens someone’s liberty is serious,” the judge said. “No one, Mr. Mills, is limiting your passion to do what you desire, but this request is denied.”

He's expected to argue during the trial that the mass shooting was staged by the government and that Victoria Soto never existed.

Mills defended his actions shortly after his arrest, saying he asked Jillian Soto whether a family photo showing older sister was real or altered by Photoshop.

“I went to the race to specifically talk to her, but I waited until the end, and I donated also,” Mills told the New York Daily News. “They’re making me out to be a bad guy. I just asked one question.”

Down the rabbit hole of Sandy Hook conspiracy theories, some "truthers" consider Mills to be a possible government agent intended to discredit them and their movement.