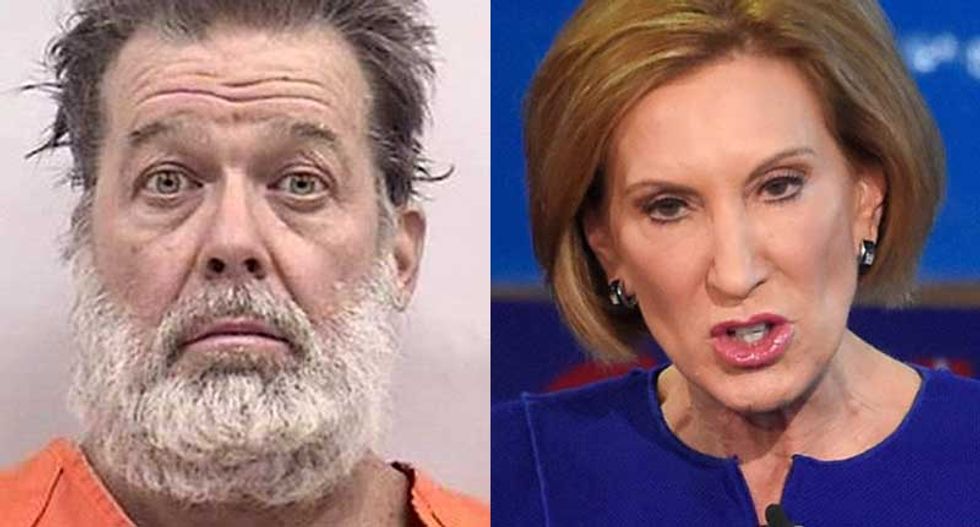 If it seems like the U.S. is more wracked by violent upheaval than at any point since the 1960s -- that might be because it is.

Rapid demographic and economic changes have spurred a dramatic uptick in the number of hate groups operating in the U.S. and left the nation "awash in deadly extremist violence and hateful rhetoric from mainstream political figures," according to a new report from the Southern Poverty Law Center.

The number of hate groups jumped to 802, up 14 percent, in 2015 -- which also saw an increase in the number of violent acts committed by their adherents.

The report's author, Mark Potok, said he's been writing yearly reports on violent extremism for two decades, and he's never seen a year like the last one.

"Last year is best described as a year that very nearly approaches the political upheavals of 1968," Potok said.

He said the June massacre of nine black churchgoers in South Carolina stood out as "the most horrific example" because the gunman, Dylann Roof, was the first domestic extremist killer who'd been radicalized entirely online.

The number of radical extremists is likely much larger than the SPLC or law enforcement officials even realize, Potok said, because the Internet and social media have drawn in adherents who would never have joined a "brick and mortar" group offline.

"There is an enormous rage in the electorate, and hate speech in mainstream politics that we haven't seen in decades," Potok said.

Polls show just 19 percent of voters trusted the government to do the right thing all or most of the time, down from 77 percent in the late 1950s -- and Potok said trust in government had eroded steadily since the 1995 bombing of a federal building by right-wing "patriot" Timothy McVeigh.

Last year saw a flurry of anti-government violent actions, Potok said -- such as a West Virginia man who plotted to attack the state Capitol and kill first responders, a North Carolina trio who planned an ambush on military members, a New York man who blew off his own leg making a bomb, three Georgia men who plotted a militia revolt, a New York man who attempted to build an X-ray weapon to kill Muslims, five Virginia men who plotted attacks on black churches and the shootings of five Black Lives Matter protesters in Minnesota.

Potok also pointed to two mass shootings carried out at the end of the year by an anti-abortion extremist who killed three people at a Planned Parenthood clinic and a radicalized Muslim couple who killed 14 co-workers at a California office building.

“While the number of extremist groups grew in 2015 after several years of declines, the real story was the deadly violence committed by extremists in city after city,” Potok said. “Whether it was Charleston, San Bernardino or Colorado Springs, 2015 was clearly a year of deadly action for extremists.”

The SPLC tracked an increase in all types of hate groups -- including neo-Nazis, white nationalists, neo-Confederates, racist skinheads, Klansmen and black separatists -- which are defined as groups that exist to "attack or malign an entire class of people, typically for their immutable characteristics."

The organization also found a growing number of groups that targeted LGBT people or Muslims and other immigrants.

Black separatist groups jumped 59 percent -- from 113 in 2014 to 180 last year -- in response to widespread racism and an increasing awareness of police violence against black Americans, Potok said.

He said many of those groups were associated with the Black Hebrew Israelite movement, which promotes the belief that African-Americans are the descendants of the lost tribes of Israel -- and which often shares members with the so-called "sovereign citizen" movement.

Potok said right-wing "patriot" groups, which also overlap with sovereign citizens, had been emboldened by the 2014 standoff with federal agents at the Bundy ranch in Nevada -- and many of those participants led or participated in last month's takeover of the the Malheur National Wildlife Refuge in Oregon.

Scofflaw rancher Cliven Bundy was arrested last week for his role in the armed standoff nearly two years ago, and two of his sons were among the armed militants charged in the occupation of the nature preserve.

Potok faulted Nevada Assemblywoman Michele Fiore (R-Las Vegas) for her support of the Bundy family and their anti-government actions, saying elected leaders should unite Americans instead of helping to "dramatically divide" them.

He singled out Carly Fiorina, the failed GOP presidential candidate, for promoting a series of misleading claims about Planned Parenthood that inspired Colorado gunman Robert Dear.