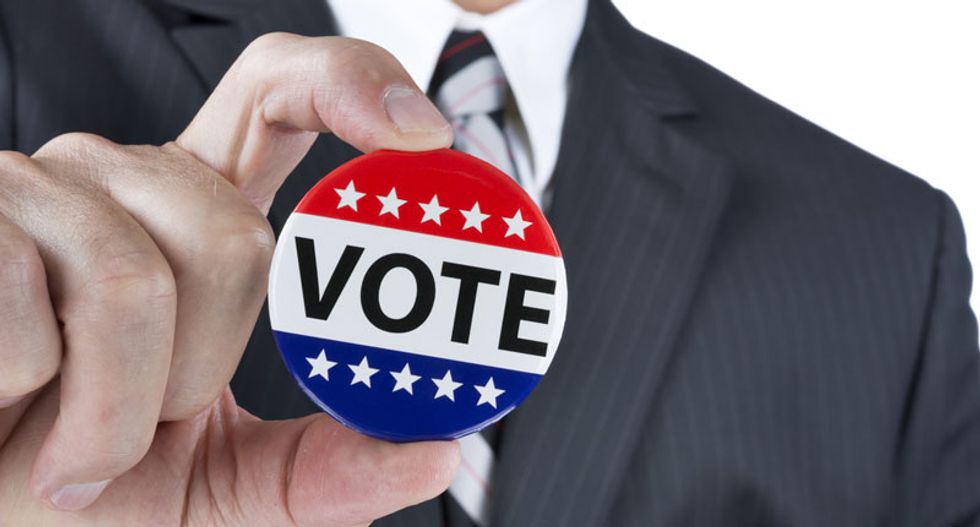 A Virginia law requiring voters to show photo identification goes on trial in federal court on Monday, with Democratic officials claiming it is discriminatory and aimed at keeping party voters from casting ballots.

Defenders of the 2013 Virginia law say that it is aimed at preventing voter fraud. The trial, in U.S. district court in Richmond, Virginia, is one of several voting rights legal battles in process as Democrats and Republicans square off ahead of November's presidential election.

The Democratic Party of Virginia and two party activists are suing the Virginia State Board of Elections and want Judge Henry Hudson to strike down the law.

Their lawyers said in a filing that the Republican-controlled state legislature passed the photo ID measure "to stall, if not reverse, the growing success of the Democratic Party in Virginia."

In 2008 President Barack Obama was the first Democrat to carry Virginia in more than 40 years, in part because of turnout among black, Latino and young voters. Obama took the state again in 2012.

The 2013 law has outsized effect on poor, minority and younger voters since they are less likely to have photo IDs, such as driver's licenses, the lawsuit said.

State election records show that in October 2014, about 197,000 registered voters in the state did not have a driver's license, the lawsuit said. As of May 2015, the state Elections Department had printed only 4,117 free voter photo cards, it said.

In addition, the suit asks the court to strike down a state requirement that restores voting rights to non-violent felons only on an individual basis. It also wants the court to take steps to reduce long waiting times at polls.

Lawyers for the elections board contend that the photo ID requirement will neither disenfranchise any voters nor cut turnout.

Election officials "deny that acquiring the identification required by the statute is an unreasonable or arbitrary burden," they said in a filing.

Last week, the American Civil Liberties Union sued Kansas officials over proof of citizenship required for people trying to register to vote when they renewed or applied for drivers' licenses.

North Carolina's photo ID law for voters also is being challenged in court.