Warren Buffett: 'What I like about Bernie Sanders is he'll say exactly what he believes' 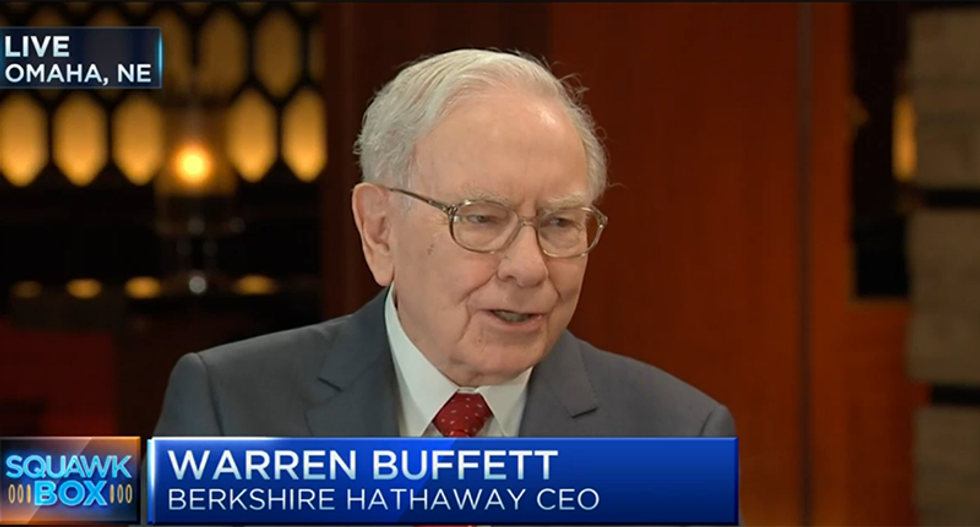 Billionaire investor Warren Buffett might be supporting Hillary Clinton for President but it isn't because he dislikes Bernie Sanders. In an interview with NBC's "Squawk Box" on Monday morning, Buffett said he enjoys the way that Sanders always speaks his mind.

"What I like about Bernie Sanders is he'll say exactly what he believes. He is not tailoring his message week by week. You'll find with some of the candidates that they shift around, or they don't answer the question. With Bernie, you know exactly what he thinks," Buffett said.

He continued saying that he agrees with Sanders in several areas, particularly when it comes to the influence money has in politics and the horrific disparity in income between the top one percent and the 99 percent. "[Sanders] is bothered by the fact that, in a country with a $56,000 GDP per capita so many people are poor. ... He would like to do something about that."

Last year, Buffett said that his solution for the widening income inequality in the United States could be an expansion of the current Earned Income Tax Credit. In an op-ed in the Wall Street Journal, the CEO of Berkshire Hathaway explained, “The Earned Income Tax Credit is about 2% of the federal budget, $70 billion, it’s not a lot of money. It’s about $2400 to the average family that receives it. It’s probably hard to have that kind of impact in the private sector when we really don’t have the prospect of a $15 minimum wage anyway."

This isn't the first time Buffett had high praise for the Vermont Senator. Last fall, Buffett said that if he were running for president that he would campaign exactly the way that Sanders does.

See the full interview in the video below: