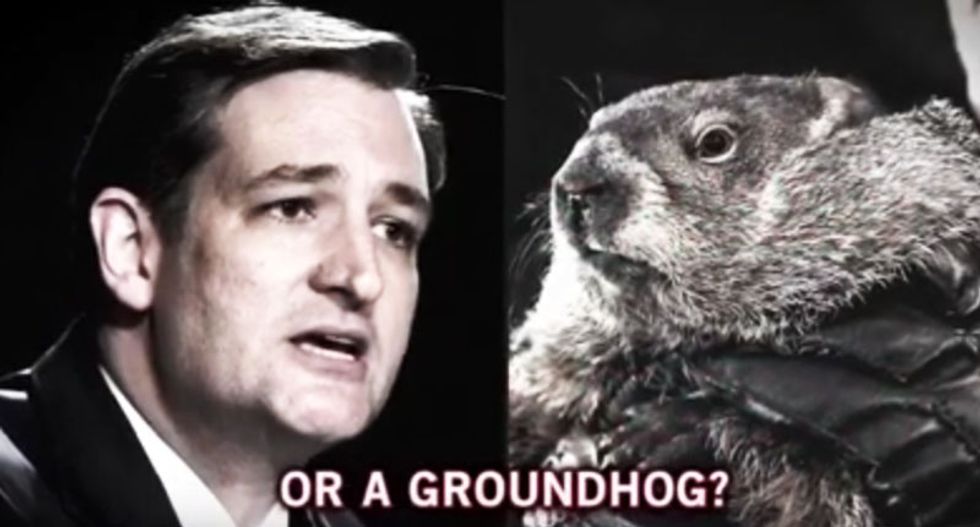 After noting that the Iowa caucuses fell on the same day that Punxsutawney Phil made his annual pilgrimage to the surface, Maher wondered if Republicans were "crazy enough" to claim that the groundhog was "in the the tank with the liberals on global warming."

"They're crazy about this issue," Maher asserted. "Is it possible that they made an attack on this issue?"

With that he introduced a brilliantly produced parody ad featuring an ominous Punxsutawney Phil -- and an even more ominous Ted Cruz.