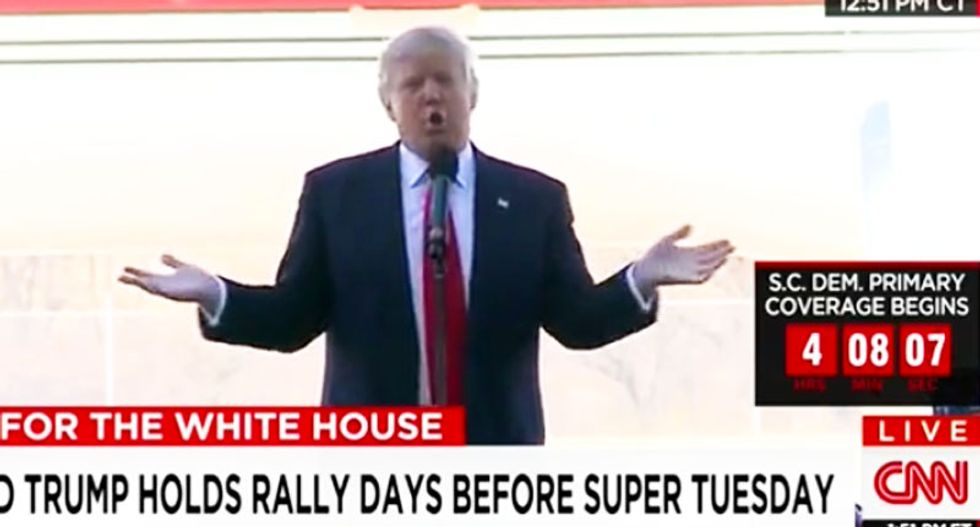 Coming under increasing fire over allegations that Trump University was a scam, 2016 GOP presidential front-runner Donald Trump dismissed accusations of improprieties on Saturday by stating the judge overseeing the case is "hostile' towards him while noting the judge also happens to be "Spanish."

Speaking In Arkansas, Trump said the case should have been dismissed previously.

"We've won much of that case, they've missed the statute of limitations, and most of it is going away," he explained. "The rest of it we're doing very well, we have a very hostile judge because, to be honest with you, the judge should have thrown the case out on summary judgement. But because it was me and because there is a hostility towards me by the judge -- tremendous hostility, beyond belief -- I believe he happens to be Spanish, which is fine. He's Hispanic, which is fine. We haven't asked for a recusal, which we may do."

Watch the Trump speech below via YouTube -- rant against judge and lawsuit at the 21-minute mark: