WATCH: Jeb Bush gets feisty with reporter over sarcastic question about campaign logo 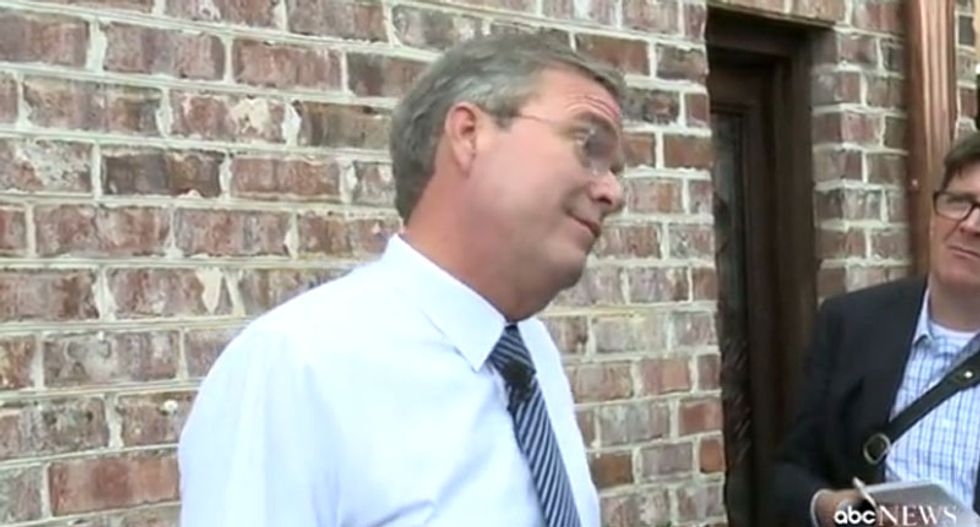 Jeb Bush was in no mood for a flippant question from a reporter on Saturday, according to Yahoo News.

The reporter asked the GOP presidential candidate if the exclamation point after his name in his campaign slogan was still appropriate after Bush had posited that the next president should take a quieter approach than bombastic rival, Donald Trump.

“Governor, you said we need a quieter president," the reporter, Hunter Walker, national correspondent for Yahoo News, said. "Do you still think the exclamation point is the best representative for you?”

Bush responded by telling Walker to "take a hike."

Walker was questioning Bush in Bedford, New Hampshire, ahead of a GOP debate scheduled for Saturday evening.

Bush has been challenged by Trump, who has called him "low energy." In response, Bush said, "We need a president who doesn’t talk a big game. In fact, I would argue that the next president needs to be a little quieter."

Watch the exchange, as posted by Walker, here: