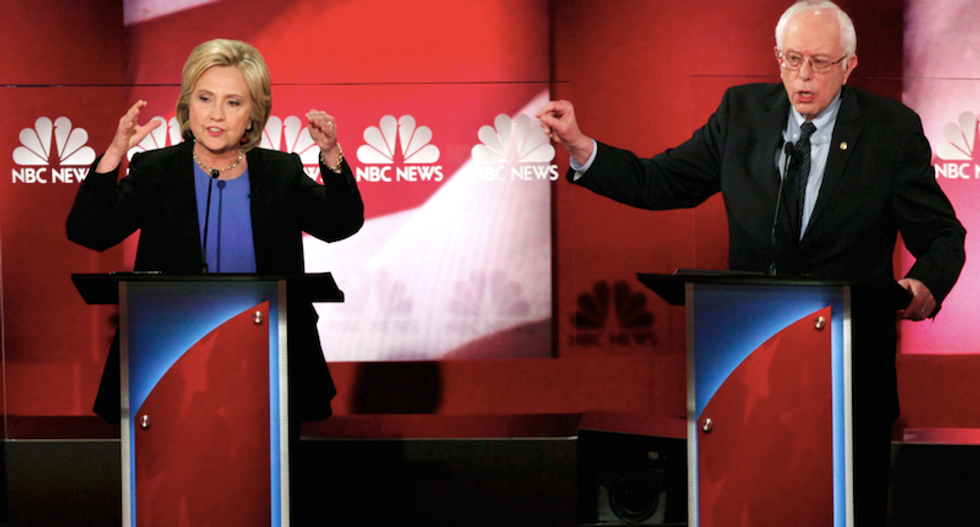 MSNBC will air the debate -- the first between the two candidates since former Maryland Gov. Martin O'Malley dropped out of the race. Rachel Maddow and Chuck Todd are scheduled to host the event.

The debate comes one night after Sanders and Clinton took part in a town hall event. It is being streamed online by MSNBC, and can be seen below.