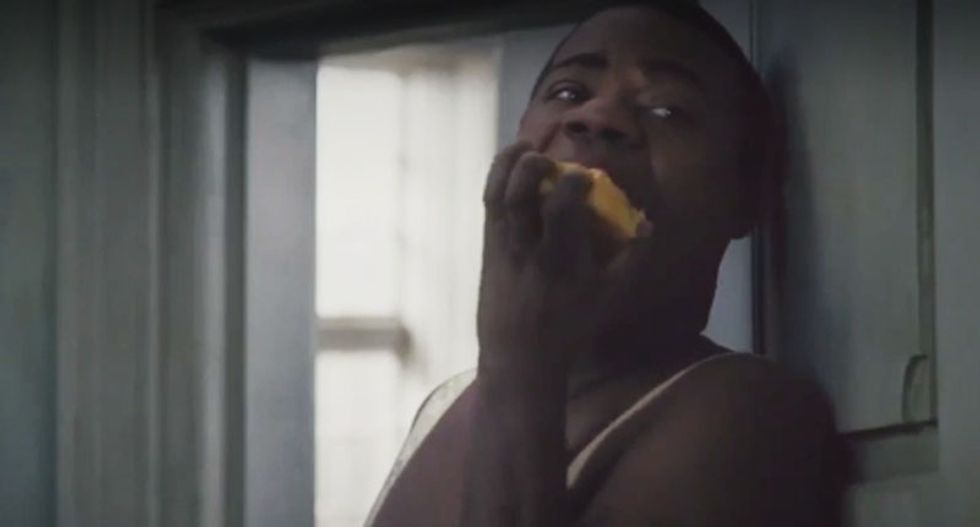 In keeping with the theme of discussing the #OscarSoWhite social media campaign during the Academy Awards ceremony, producers of the show created brilliant parody clips of some the Best Picture nominees -- but with black actors added.

In Joy, Jennifer Lawrence's harried mop pitch-person gets harassed by a nagging Whoopi Goldberg. Leonardo DiCaprio gets mauled in a forest by an angry Leslie Jones -- from SNL -- instead of a bear.

Oscar host Chris Rock got in the action too, replacing Matt Damon as The Martian, with administrators at Earth Mission Control debating the "PR problem" of "spending $2,500 white dollars" to rescue a black astronaut stranded on Mars.

Watch the video below via The Vulture: