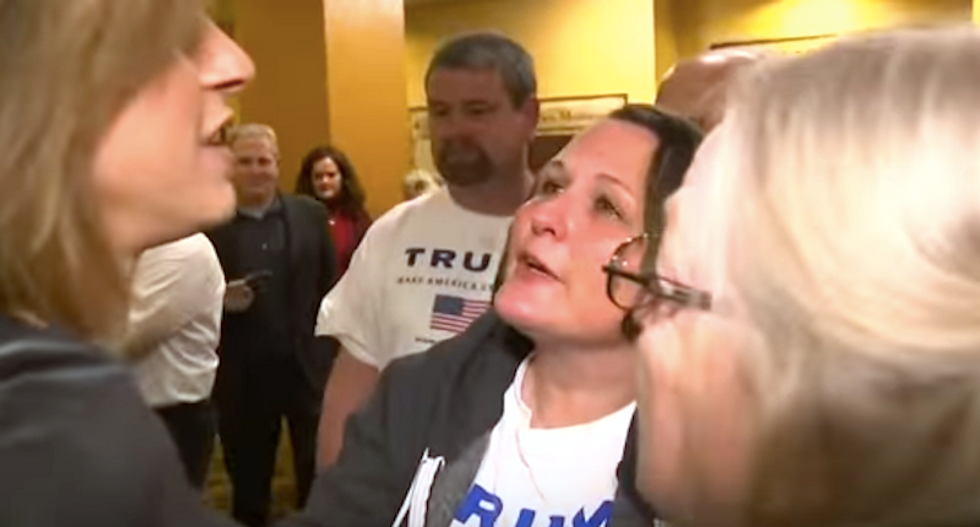 Trump supporters console one another after Iowa loss (YouTube)

Donald Trump was a loser in his first-ever election, finishing second to Sen. Ted Cruz (R-TX) and just barely ahead of Sen. Marco Rubio (R-FL) in the Iowa caucuses.

Trump has led polling for the Republican presidential race for months, including a five-point lead in Iowa a day ahead of the caucuses, but his popularity just didn't translate into votes in the first election of the 2016 primary season.

His supporters, some of whom took part in his "stealth" campaign to turn supporters into voters, consoled one another in a video posted online by Reuters.

Another volunteer, Evelyn, took comfort in Trump's second-place finish, saying it reflected their efforts in the months before the first votes were cast.

Craig Fredericks, a supporter wearing one of Trump's trademark "Make America Great Again" caps, said he could accept a second-place finish in Iowa if the real estate tycoon and reality TV star ended up winning the presidential election in November.

The volunteers hugged and thanked one another for their support during the campaign -- and after its disappointing conclusion.