WATCH: This 110-year-old whiskey-loving woman is an inspiration to us all 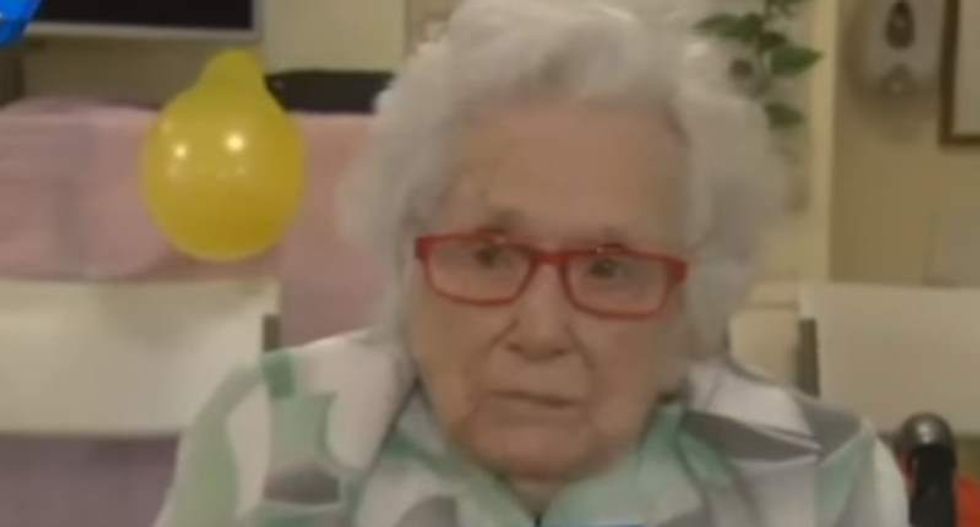 Flossie Dickey was visited by KAYU-TV's Nichole Mischke for the big day on Thursday, and deadpanned her way through the entire interview. When Mischke asked her what the secret to her longevity is, Dickey said, "I don't know. I don't fight it. I live it."

However, she also admitted that she likes to take a nap "as many times as I can" at the Cheney Care Center, where she has been living since 2011. When asked if she was looking forward to her birthday party, Dickey said, "Not one bit."

The center's activity director, Kristen Bahr, added that Dickey's favorite pastime is to "sit down and have some whiskey straight up."

Bahr also told the Spokane Spokesman Review that Dickey is a "smart aleck."

"She has a great sense of humor," Bahr said. "She loves to talk to the college volunteers and play a game of then and now, comparing her life at their age to what their lives are like now."

Even though she jokes that she has forgotten half her life, the "supercentenarian" -- who was born in 1906 -- did share some memories with the Week regarding her childhood growing up in Idaho.

"I remember picking huckleberries, and I'd be out there all alone," she recalled. "I used to go into the woods and cut trees. We needed the wood."

By Friday, Dickey's appearance on Good Morning Spokane with Mischke had been featured in both Time magazine and on NBC's Today Show, while the Week advised readers, "Remember today. Today is the day you meet your new hero, Flossie Dickey."