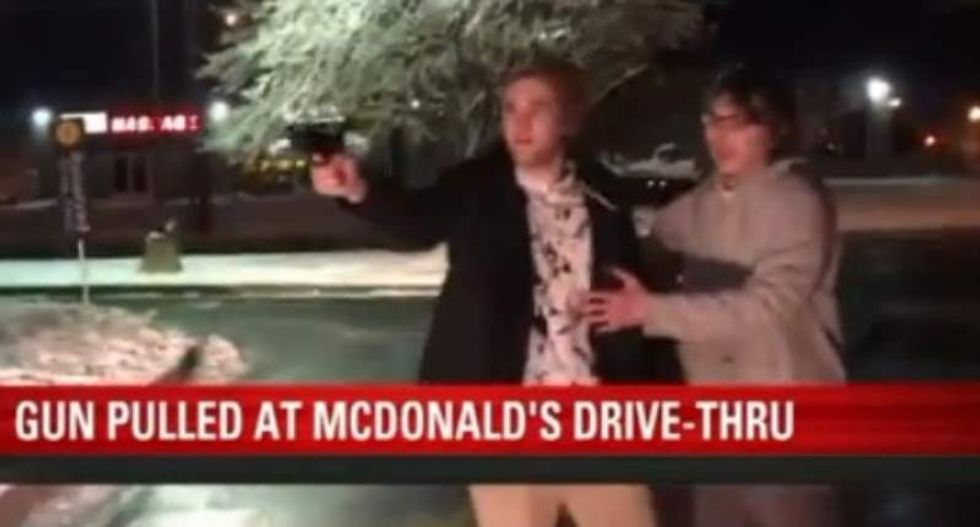 "It makes you think, if he was going to shoot one person, how do we know he wasn't going to jump through and do the rest," said one employee, Michela Spikes, who was working during the encounter on Sunday. "I've got a 15-month-old son I got to think about."

According to KSTU, footage recorded on a cell phone shows an employee punching the window of the man's car following an argument. The man later parks in front of the restaurant, gets out of the vehicle and walks toward the drive-thru while pointing the gun. A second man is then seen stepping in front of him and pushing him away from the scene.

The man is heard yelling, "I don't need this" before dropping the gun on the ground. He then picks it up and leaves with his friend.

"[It] looks like he was actually serious about to do something," Spikes said.

Watch KSTU's report, as aired on Monday, below.