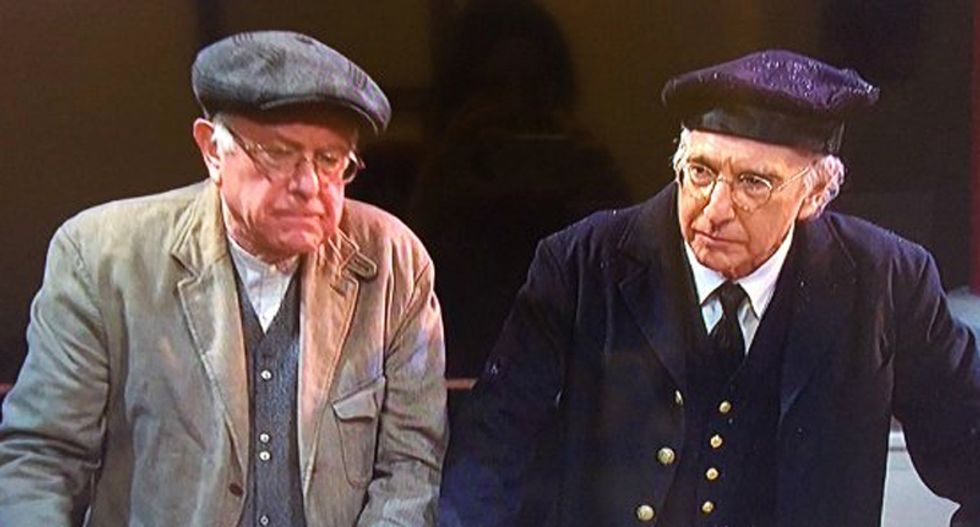 Playing two elderly men on a sinking ship, David, portrayed a rich man stating he deserved to be the first to safety due to his wealth.

Staying true to form, Sanders shouted, "I'm so upset with the one percent getting this preferential treatment," before making a suggestion: "Enough is enough. We need to unite and work together if we're going to get through this."

"Sounds like Socialism to me," David said, dismissing him.