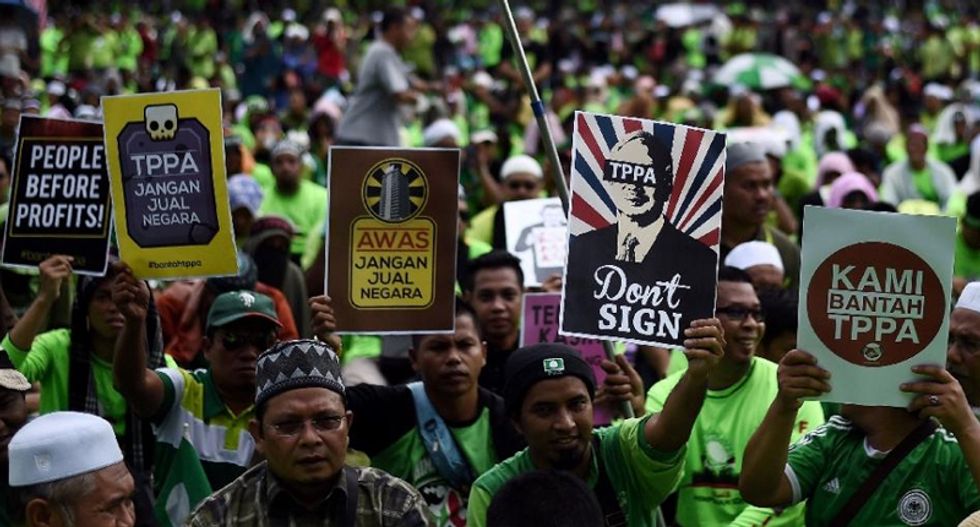 The White House warned Congress Wednesday that delaying ratifying a vast trans-Pacific trade deal will cost the US economy.

Ahead of the formal signing of the Trans Pacific Partnership (TPP), US Trade Representative Michael Froman expressed confidence that Congress would endorse the deal in coming months, despite the US presidential campaign that has made trade issues a frequent hot potato.

The deal between 12 Pacific Rim countries is scheduled to be signed Thursday at 11:30 am in Auckland, New Zealand, (2230 GMT Wednesday).

The ambitious pact -- agreed in October after marathon negotiations in Atlanta, Georgia -- aims to break down trade and investment barriers between countries comprising about 40 percent of the global economy.

But the signing will come with barely a year left in the term of its principal proponent, President Barack Obama, and many speculate that members of Congress will not want to risk alienating voters by approving it ahead of the November national elections.

Froman, though, said that putting off ratification will come with costs.

"After five years of negotiation, signing the TPP is an important milestone in our efforts to set high-standard rules of the road in the Asia Pacific region and more generally, and to deliver an agreement that will benefit American workers, farmers and businesses."

Saying that the deal stands to add $100 billion a year to US economic growth, "There are costs to delay, real economic costs," he said.

"It's imperative to move forward."

Froman noted that the deal will keep the US in position as a leader in "21st century standards" for global trade and protection of intellectual property, an open Internet, and labor and environmental protections.

"It also has important geopolitical benefits. The US is and has long been a Pacific power. TPP is a concrete manifestation of our rebalancing strategy towards Asia," he said.

On Tuesday, Obama discussed his desire to get the treaty ratified this year with top Congressional Republican leaders, who said they still had problems with the complex deal.

"I have some problems with the agreement," said Senate Majority Leader Mitch McConnell.

"It's my advice that we not pursue that, certainly before the election."