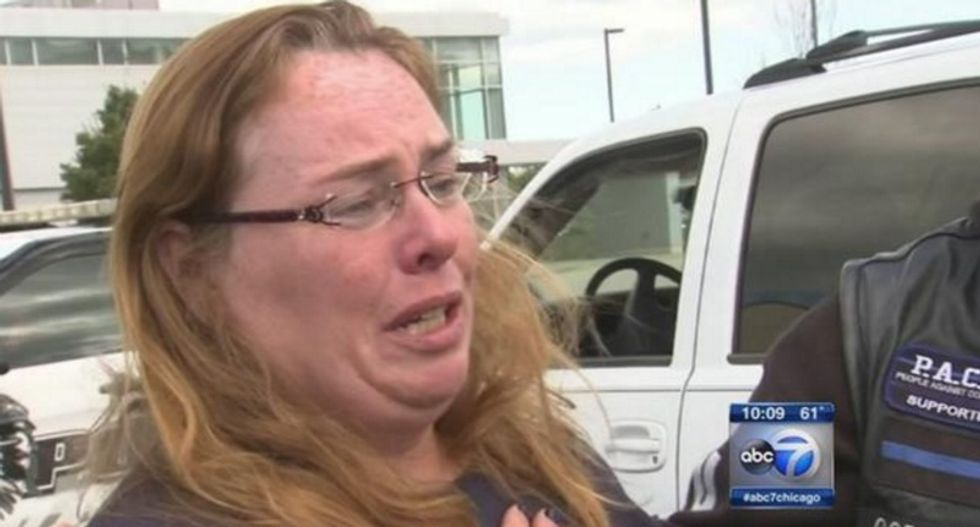 The widow of a northern Illinois policeman who staged his suicide in September to make it appear he was shot in the line of duty, pleaded not guilty on Wednesday to charges related to his suspected embezzlement from a youth police explorer program.

Melodie Gliniewicz, 51, was arraigned in Lake County Circuit Court on felony charges of disbursing charitable funds without authority and for personal benefit as well as money laundering.

She pleaded not guilty to the charges, said Cynthia Vargas, spokeswoman of the Lake County State's Attorney's Office.

Her husband Charles Gliniewicz, 52, was found fatally wounded in a remote area of Fox Lake, a town near the Wisconsin border about 55 miles north of Chicago.

Hundreds of local, state and federal officials searched for days for the suspects in his killing, and many mourners packed his funeral service. He briefly became a symbol of police bravery and sacrifice at a time of heavy national scrutiny of police over the use of deadly force in numerous deaths of minorities.

But an investigation found that Gliniewicz, admired and known as "G.I. Joe" in the community, took his own life because he feared discovery of his embezzlement. Investigators said he used the funds on personal expenses such as a trip to Hawaii and over 400 restaurant charges.

Melodie Gliniewicz was an adult adviser to the explorer post and held a fiduciary role, prosecutors said when they charged her. Her husband ran the youth police explorer program for more than two decades.

Her attorneys said when she was indicted that she was a victim of her husband's secret actions and would show she was innocent.

Melodie Gliniewicz's attorneys did not immediately reply on Wednesday to a request for comment. She is out on bail pending trial.