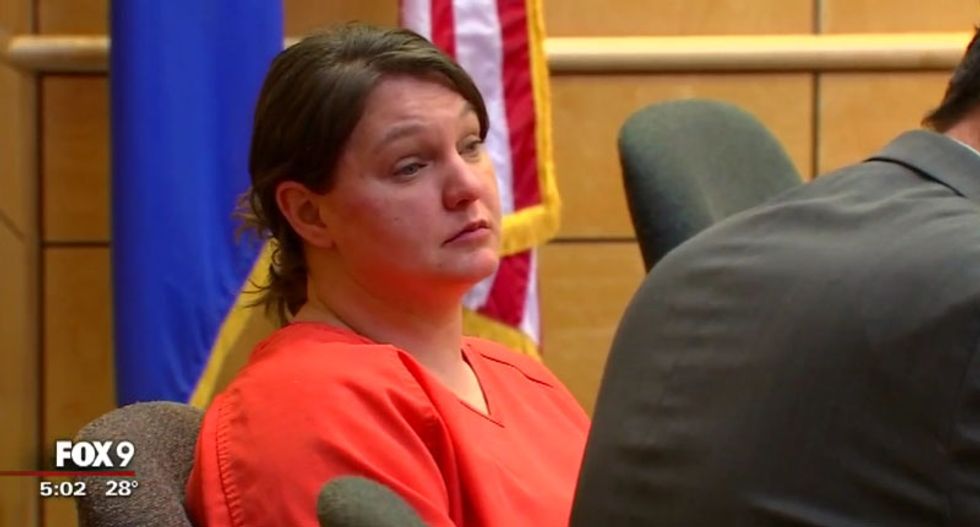 A Wisconsin couple allowed their 9-year-old daughter to drive them and their 11-month-old baby because they were too drunk to do so themselves, according to Polk County Circuit Court records.

Jason Roth, 36, and Amanda Eggert, 32, pleaded not guilty at the court on Friday to charges of recklessly endangering safety and neglecting a child, according to the online records.

On Jan. 31, a sheriff's deputy responded to a call about an erratic driver and found the couple and their children parked at a boat drop in Polk County, about 75 miles northeast of Minneapolis, according to a criminal complaint.

The deputy arrested the couple when he learned that their 9-year-old daughter was driving them and their baby home in their pickup truck because they were both intoxicated, according to the complaint from the county prosecutor's office.

Eggert also faces several charges stemming from a fight she had with paramedics who arrived to help her with a cut on her hand suffered when she was snowmobiling earlier in the day, court records showed.

Lawyers for the couple were not immediately available for comment.