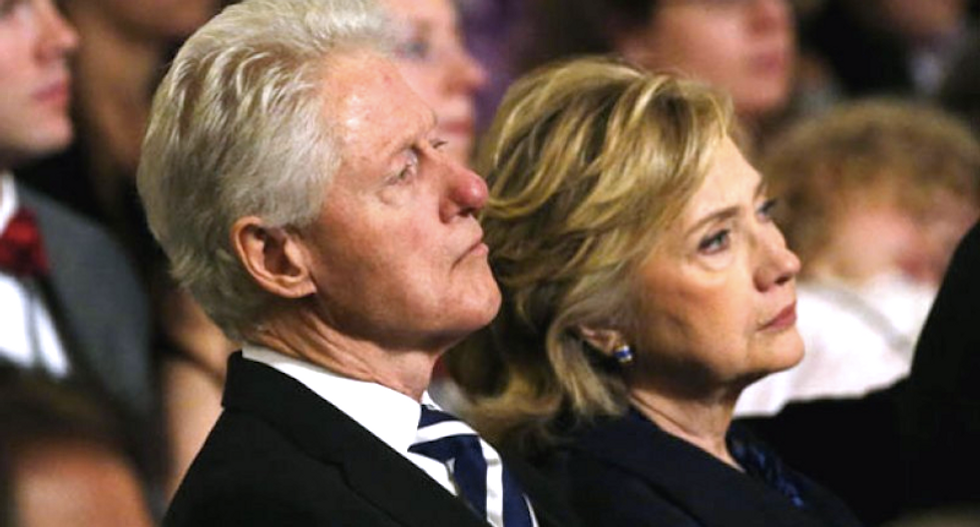 One of the women who has accused former U.S. President Bill Clinton of sexual assault says she has agreed to work for an anti-Clinton political group being formed by a former advisor to Republican presidential candidate Donald Trump.

Kathleen Willey, a former White House volunteer who says Bill Clinton groped her in an Oval Office hallway in 1993 when she came to him tearfully seeking a paid job, said she had agreed to become a paid national spokeswoman for a group being created by Roger Stone.

Stone, a Republican strategist, said the group would become active should Hillary Clinton, Bill Clinton's wife, win the Democratic nomination in the 2016 race for the White House. Clinton is currently the front runner.

"This gives me more of an opportunity to get this message out to young voters who weren't even born or don't even remember what happened and to the women who have suffered," Willey told Reuters.

Willey said she will give interviews and speeches and appear in political advertisements to ensure the accusations remain part of the political discourse during the election campaign.

"They're going to be confronted every day, on radio, on television, on billboards," Stone told Reuters, referring to the Clintons. He said he had reached a verbal agreement with Willey but cautioned that the group was still in the planning stages.

Spokesmen for Hillary and Bill Clinton did not respond to questions about Willey.

Stone's political action committee, which can raise virtually unlimited funds to advocate for or against candidates, was originally created last year under the name Women Against Hillary. It was renamed in January as the Rape Accountability Project for Education PAC, or RAPE PAC.

In a 1998 deposition, Clinton "emphatically" denied Willey's accusation he groped her, describing her as having "been through a lot" in reference to her family's financial woes and her husband's suicide on the day Willey says her encounter with Clinton happened.

Clinton has admitted having extra-marital affairs with two other women: Monica Lewinsky, a White House intern, and Gennifer Flowers, a singer and actor from his home state of Arkansas, but he and his lawyers have said accusations by other women are false.

It's not clear whether Stone's group will resonate with voters. A Reuters/Ipsos poll in January found that a majority of the public, including 68 percent of Democrats and 50 percent of Republicans, thought that Bill Clinton's past sexual misconduct "made no difference" in the current race.

Several Republican candidates, particularly Trump, have reminded voters of the allegations while campaigning. The Clintons and their staff have dismissed this as dirty politics.

Clinton accusers are back

Hillary Clinton's decision to advocate for victims of sexual assault has persuaded some of her husband's other accusers, including Juanita Broaddrick and Paula Jones McFadden, to wade into the political season.

Broaddrick and Willey say that Clinton, who has said victims of sexual assault have the "right to be believed," is being hypocritical by doubting her husband's accusers.

When asked about the accusations by Broaddrick, Jones McFadden and Willey at a campaign event in New Hampshire in December, Hillary Clinton replied that people who say they were sexually assaulted should be "believed at first until they are disbelieved based on evidence."

Stone released a book last year called "The Clintons' War on Women," for which Willey wrote the foreword. After leaving Trump's campaign, Stone created a pro-Trump political action committee, the Committee to Restore America's Greatness. He says he remains friendly with Trump.

Trump himself, angered at Hillary Clinton calling him sexist, described Bill Clinton as "one of the great women abusers of all time" and Hillary Clinton his "enabler" at a campaign event last month.

A spokeswoman for Trump, who is barred by Federal Election Commission rules from coordinating with super PACs, did not respond to questions.

Stone has also helped to set up an online fundraising page to help raise money to pay for Willey's mortgage, he said. She said she has been in financial difficulty since her husband's suicide and is facing foreclosure on her Virginia home this month.