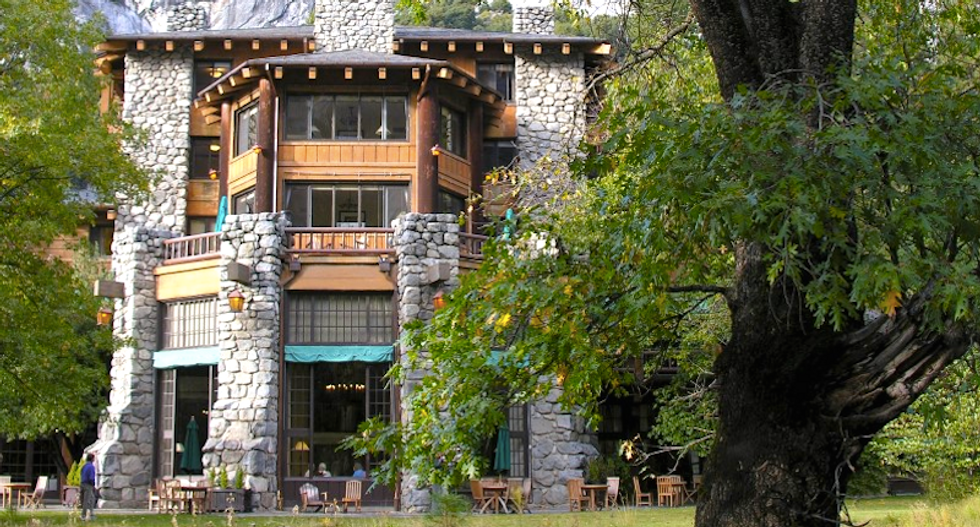 What would John Muir do?

On Tuesday, more than 125 years after the Scottish-American naturalist's advocacy helped inspire the creation of Yosemite National Park, some of its most hallowed sites are set to be stripped of their famous names as part of a bitter, $50 million legal squabble.

At issue are the monikers for such beloved visitor attractions as the Ahwahnee Hotel, a national historic landmark built in 1927 whose name reflects the Northern California park's American Indian heritage. Yosemite, which regularly ranks among the top U.S. tourist attractions, saw a record 4.3 million visitors in 2015.

"This dispute is like an ugly divorce, with the park-loving public as the children," San Francisco Chronicle columnist Debra Saunders wrote.

The court fight began quietly in September, when the Delaware North Company, having lost its lucrative Yosemite concessions contract to competitor Aramark, sued the National Park Service claiming ownership of the trademarks, which it valued at $44 million. The company is also seeking compensation for millions of dollars in other assets, as well as damages.

The lawsuit made nationwide headlines in January after park service officials announced that it would be forced to rename the landmarks by March 1, the day Aramark formally took over, infuriating park visitors who saw Delaware North as a selfish corporate villain holding the historic names hostage.

"This is corporate greed," Eric Raymond, a Bay Area resident wrote in a Tweet urging support for a petition that seeks the release of the names "to the citizens of the United States."

The National Park Service also claimed in its response to the lawsuit that Delaware North failed to notify them when it registered the names years earlier, accusing the company of "a business model whereby it collects trademarks to the names of iconic property owned by the United States."

But in filing an amended version of its lawsuit, Delaware North in turn accused the park service of changing the names as part of a cynical legal strategy to foment public outrage and drive down the value of the trademarks.

Delaware North also offered to allow the National Park Service to use the disputed names during the legal battle, according to court filings and interviews.

The company said it was required to purchase Yosemite's so-called intellectual property when it was first awarded the concessions contract in 1993 and trademarked the names as a routine business practice under that stipulation.

The trademarking action was available in the public record, said Dan Jensen, who retired as president of Delaware North's Yosemite operation in October and now serves as a consultant to company.

"There's nothing sinister about this," Jensen said. "It was not done in the dark of night, not done in secret."

The Department of Justice, which is representing the National Park Service in the lawsuit, declined to comment to Reuters.

Yosemite spokesman Scott Gediman said renaming the Ahwahnee the Majestic Yosemite Hotel and Curry Village as Half Dome Village was necessary to ensure a "seamless transition" to the new concessionaire, which takes over on Tuesday.

"In the future, depending on what happens, we remain interested and always have been interested" in reverting back to the original names, Gediman said.

Meantime, park fans are addressing the dispute on social media, lamenting in particular the re-naming of the Ahwahnee, which means "large mouth" in the Miwok Indian language and was what they called the valley before the arrival of settlers in the mid-19th century.

Scott Reid, whose Twitter account identified him as a poet from Northern California, Tweeted: "The big trees/are going to be talking/about this/for some time/Ahwahnee."