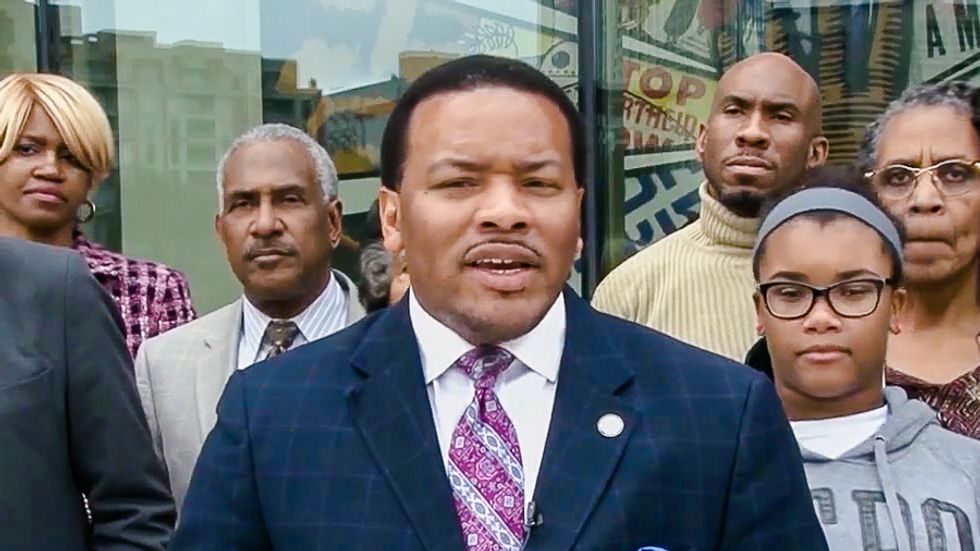 The Georgia chapter of the NAACP lashed out at Georgia Gov. Nathan Deal (R) this week after he refused to condemn a state lawmaker for praising the Ku Klux Klan.

During an interview with the Atlanta Journal-Constitution last month, state Rep. Tommy BeMont (R) accused those who want to remove Civil War symbols of "cultural terrorism."

BeMont argued that the KKK had been unfairly maligned because it “was not so much a racist thing but a vigilante thing to keep law and order."

“It made a lot of people straighten up,” he insisted. “I’m not saying what they did was right. It’s just the way things were.”

On Tuesday, members of Georgia's NAACP chapter pointed out that Gov. Nathan Deal had refused to rebuke the lawmaker's "continued assertion of white supremacy."

"These sorts of ridiculously extreme comments defending the indefensible, the murderous, thuggish band of anti-American, anti-Christian, anti-god-fearing KKK is just beyond absurd."

Johnson added: "These are individuals who are trying to relaunch an effort to win a war they lost 150 years ago. And that's sad, and that's pathetic."

The NAACP warned that there could be "no middle ground" for Deal.

"He must make a statement about whether he supports this or not," Johnson observed.

'Has to drive him crazy!' Florida prosecutor says Trump must be furious after Mar-a-Lago insider 'spilled the beans'

During an appearance on MSNBC's "Morning Joe," Palm Beach County State Attorney Dave Aronberg suggested that there was no way that the Department of Justice would have sent FBI agents to search Donald Trump's Mar-a-Lago resort unless they already "had the goods" on him.

Speaking with co-host Mika Brzezinski , he said he owed an apology to Attorney General Merrick Garland based on the turn of events this past week as the DOJ closes in on the former president.