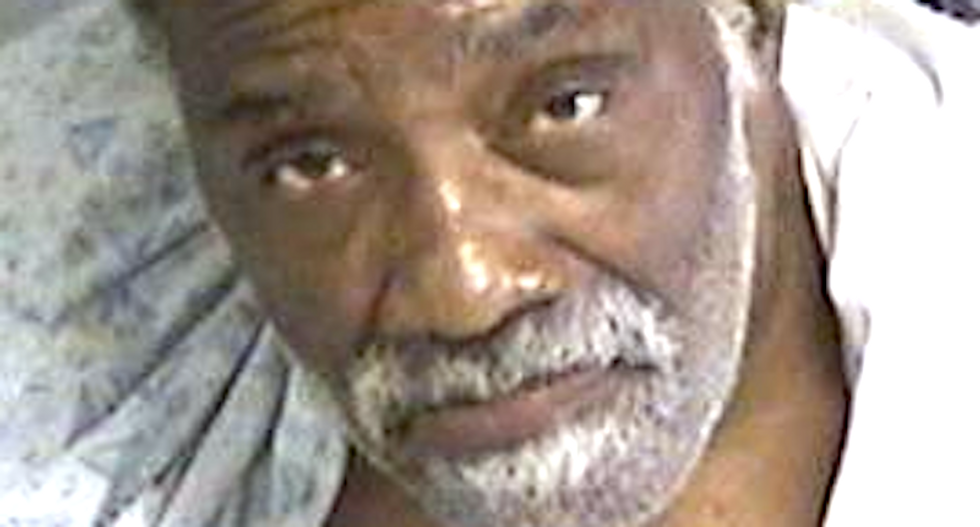 A diabetic amputee died in a California jail hours after he was arrested Saturday for a homicide that never happened.

Oakland police arrested 65-year-old Melvin Stubbs after they found his wife dead and the home the couple shared in disarray, reported the San Jose Mercury News.

Officers said the apartment's condition indicated a violent struggle, and they said 58-year-old Terry Cameron's body showed signs of trauma and Stubbs had scratches on his arms and hands.

Stubbs admitted to fighting with his wife shortly before she died, saying she had been acting strange before she had died about two days earlier, leaving the ill man unable to care for himself.

Police arrested Stubbs in his wife's death and took him to jail -- where he, too, died the following day.

An autopsy revealed Monday that Cameron had died from acute bacterial meningitis.

Stubbs' family is outraged, saying he should never have been arrested in the first place.

“What they did to him was horrible,” said Manuel Primas, his former brother-in-law from a previous marriage. “His last thought must’ve been, ‘My wife just died and I’m in here for murder.’ And then he died. That’s a hell of a way to go.”

Police defended the arrest, saying Cameron was found with a pillow over her face and apparent defensive wounds similar to her husband's.

“The evidence was there," said Lt. Roland Holmgren, of Oakland police. "There was more than enough reasonable suspicion."

It's not yet clear how Stubbs died, but family members said he had been in ill health in recent years.

"He was an amputee, and he couldn't even walk," Primas said. "I guess you could say he was an invalid. I can't believe that you can just grab a man in a wheelchair and arrest him without evidence."

He stayed in a hospital overnight after his arrest and was taken Sunday morning to Santa Rita jail, where medical workers refused to accept him because his blood sugar was elevated.

Stubbs was taken to the hospital for another checkup and then returned to jail, where he was found unresponsive about two hours later in the medical wing and later pronounced dead.

“Maybe it’s not murder, but they killed him,” Primas said. “How you going to drag a man out of a house, find her dead, and blame him for it? If a man kills his wife, that means he’s going to try to leave.”

Myanmar's junta jailed ousted leader Aung San Suu Kyi on Monday for four years for incitement against the military and breaching Covid rules, a government spokesman told AFP, the first of a series of possible sentences that could see the Nobel laureate imprisoned for decades.

Suu Kyi, 76, has been detained since the generals ousted her government on February 1, ending the Southeast Asian country's brief period of democracy.

The world's biggest weapons manufacturers largely avoided the economic downturn caused by Covid-19 and recorded a growth in profits last year for the sixth year in a row, according to a report published on Monday.

Governments around the world have continued to buy arms during the pandemic and some also passed measures to help their big weapons firms, according to the Stockholm International Peace Research Institute (SIPRI).

Scholz to take charge of Germany as Merkel era ends

Germany's parliament will officially elect Olaf Scholz on Wednesday as the country's next chancellor, bringing the curtain down on Angela Merkel's 16-year reign and ushering in a new political era with the centre-left in charge.

Scholz led his Social Democrats to victory against Merkel's conservative CDU-CSU bloc in an epochal election in September, as the veteran chancellor prepared to leave politics after four consecutive terms in office.