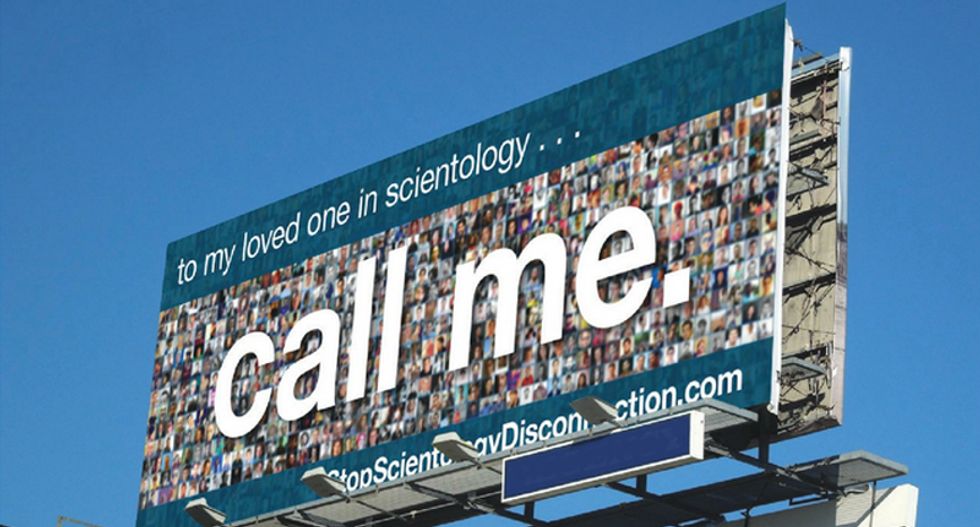 The Los Angeles office of an outdoor advertising company has backed out on a deal that would have placed an anti-Scientology billboard just blocks away from the LA headquarters of the religious organization.

According to the Underground Bunker, former Scientologist Phil Jones signed a 3-month contract worth $8,200 with Outfront Media -- formerly CBS Outdoor -- to place the billboard within walking distance of the headquarters.

Jones states that he was informed the contract was shot down by the New York office of the advertising company but he has yet to receive an explanation.

“The head office in New York decided to cancel the contract and they said they won’t be giving us any space,” Jones explained. “I asked, but they wouldn’t say if there was any outside influence. Might have just been the Scientology thing. It does worry people.”

“We actually had a copy of the contract signed by their office here sent to us,” Jones stated,saying he kept a copy for his own records. “I think the clause on artwork approval was their loophole, but they wouldn’t even entertain us changing the artwork.”

The billboard features a simple plaintive "Call me" on a field of photos of church members, encouraging them to contact loved ones whom they have been urged by the church to "disconnect" from, along with a website address stopscientologydisconnetion.com .

According to the website, "disconnection" is pressed upon church members when "a friend or relative who has either left the church, or is critical of Scientology, L Ron Hubbard, or David Miscavige. If they fail to do so immediately then they will suffer the same fate of losing family, friends, and any business contacts they may have."

The church describes the separation as a "self-determined decision made by an individual that he is not going to be connected to another.”

According to Jones, he is disappointed and is seeking other billboard companies that will carry his message.

To date his organization has received over $12,000 in donations through a gofundme page.