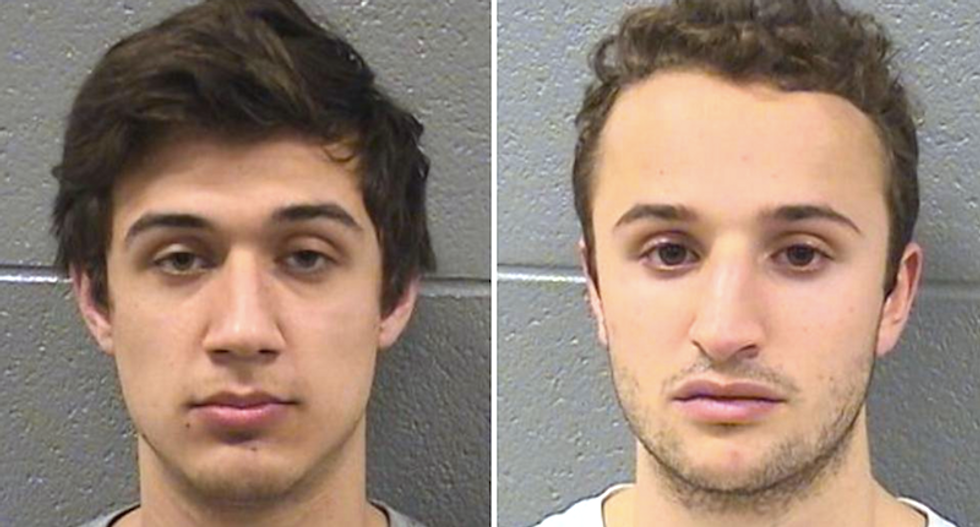 Two freshman students are accused of spray-painting racist and homophobic slurs -- along with swastikas and the name of Republican presidential candidate Donald Trump -- inside a chapel at Northwestern University.

Anthony Morales and Matthew Kafker faced a Cook County judge Saturday on charges of institutional vandalism, hate crime to a place of worship and criminal damage to property, reported the Chicago Tribune.

The 19-year-old Morales and 18-year-old Kafker are accused of breaking into the nondenominational Alice Millar Chapel about 12:45 a.m. Friday and spray-painting the slurs on chapel walls and painting lines over photos of Muslim students posted inside the house of worship.

They also spray-painted penises throughout the church, including on a piano, and painted Nazi symbols in a hallway and Trump's name in a stairwell.

“I can’t speculate whatever it was inside them that needed to be expressed through that,” said Tim Stevens, the university chaplain.

The pair remained silent during their court hearing, dressed in T-shirts and jeans, as the judge scolded them for the "disgusting" allegations against them.

“I don't know if any of you know how lucky you are to be at Northwestern University," said Judge Peggy Chiampas, as Morales' mother cried in the gallery. “I don't mean to upset you. I mean to upset them.”

The students, who police said admitted to the vandalism in handwritten and recorded statements, were ordered held on $50,000 bond.

The damage, which was cleaned up in time for Sunday services, was estimated at $300.