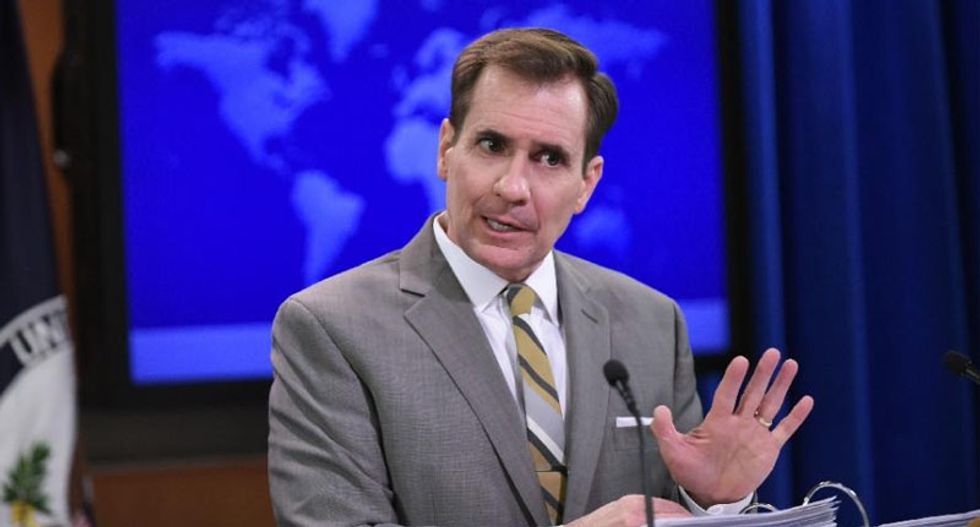 Kim announced Wednesday that his isolated pariah state had successfully miniaturized a thermo-nuclear warhead, an unproven claim but one that will further inflame tensions.

State Department spokesman John Kirby issued the now traditional slap down of Kim's "provocative rhetoric" -- but with a new twist, which was mockery of his age.

"I'd say that the young man needs to pay more attention to the North Korean people and taking care of them than in pursuing these sorts of reckless capabilities," said Kirby.

Kirby, a retired admiral who was already commissioned as a US navy officer when Kim was only three years old, could not confirm the claim, but said "we take these comments seriously."

"We have to. I mean, this young man has proven that he is perfectly willing and able to flout and to violate his international obligations," he added.

Challenged on his repeated use of the term, Kirby said: "Factually, it's true. He's young and he's a man." Then he returned to his theme.

While it may be impossible to know whether the State Department's tactic will succeed in getting under the young leader's skin, North Korea does like to employ its own rhetorical flourishes.

Threatening to launch a pre-emptive nuclear strike this week, state news agency KCNA warned: "If we push the buttons to annihilate the enemies even right now, all bases of provocations will be reduced to seas of flames and ashes in a moment."