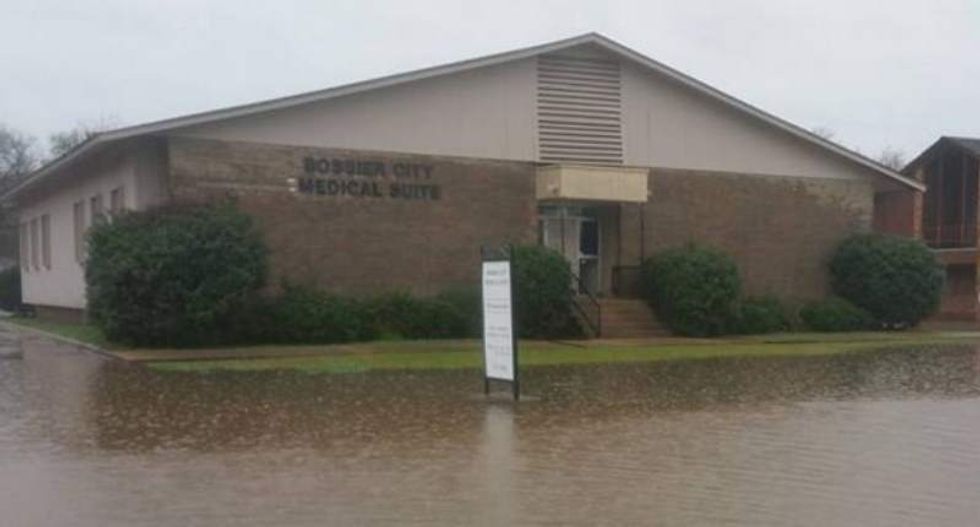 Amid the evacuation of thousands of homes in their area, anti-abortion enthusiasts in Shreveport, Louisiana were happy to see that the unprecedented flooding around the state was affecting a local clinic.

A post on the Facebook page for the 40 Days for Life campaign shows flood waters approaching the Bossier City Medical Suite, stating, "The sum of human capability pales in comparison to the power of God. THIS IS WHY WE PRAY. What the Supreme Court has reopened, God has now closed!"

The post referenced the Supreme Court's order earlier this week blocking a state law requiring abortion providers to have "admitting privileges" at a hospital within 30 miles of their facility.

The campaign describes itself as "a compassionate, peaceful campaign uniting Christians in the Shreveport-Bossier area with others in hundreds of cities around the world in prayer to end abortion." The pictures, submitted by a man identified as Chris P. Davis, can be seen below: 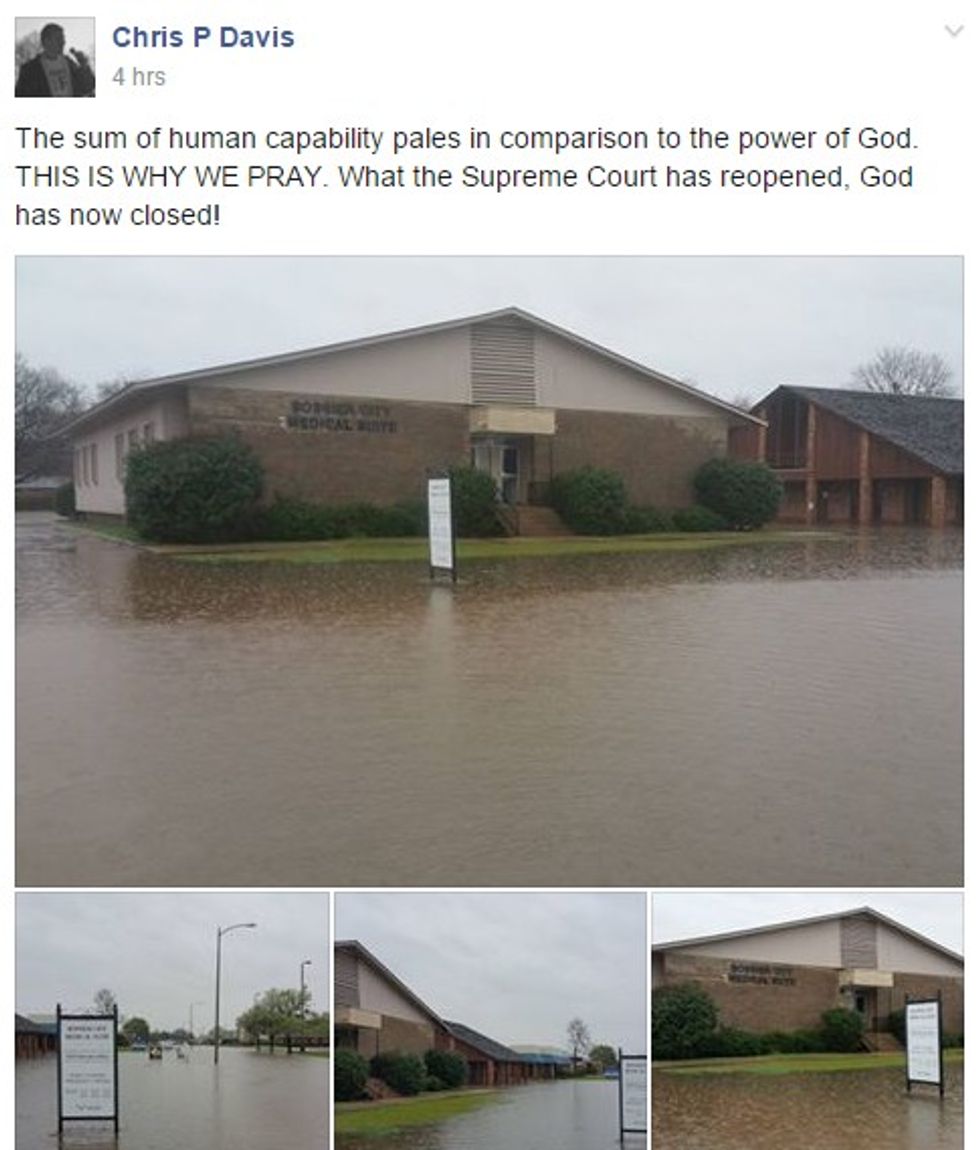 Another anti-abortion group, Louisiana Right to Life, shared the picture on its own page, calling it an "interesting development." That post can be seen below: 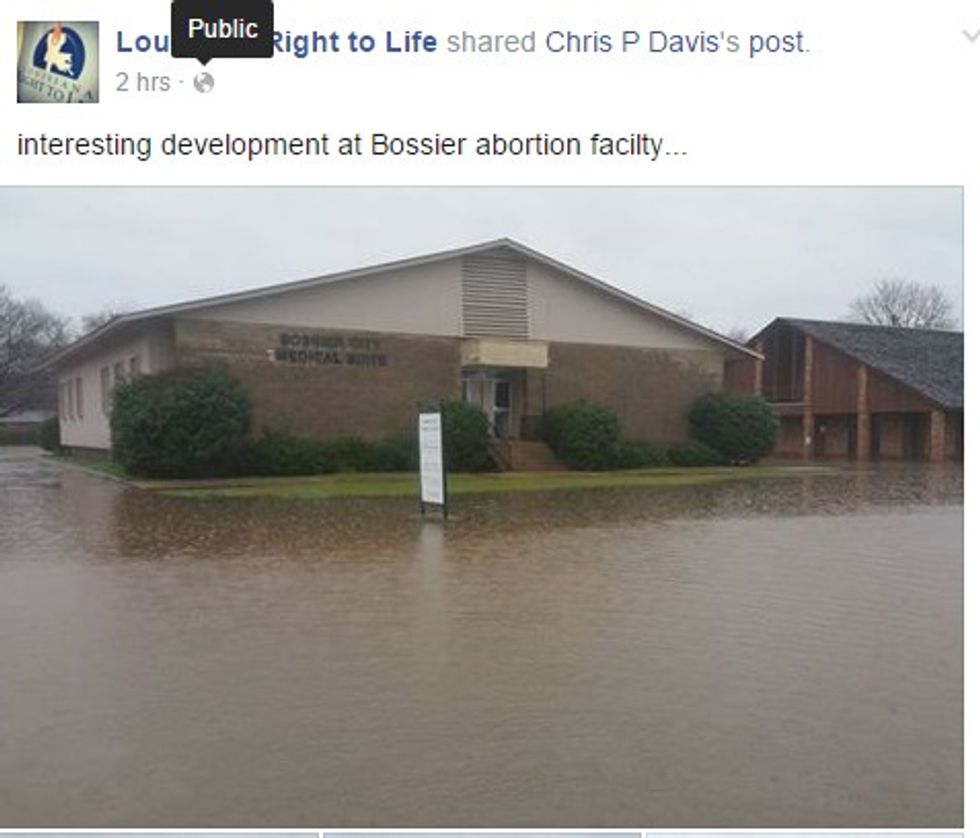 As the Weather Channel reported, nearly 3,500 homes in Bossier City were evacuated as a result of the flooding around the area. Gov. John Bel Edwards (D) declared a state of emergency for several parishes and dispatched the National Guard to conduct rescues.

The storms that produced flooding in Louisiana has also hammered portions of Oklahoma and Arkansas, resulting in the deaths of three people.