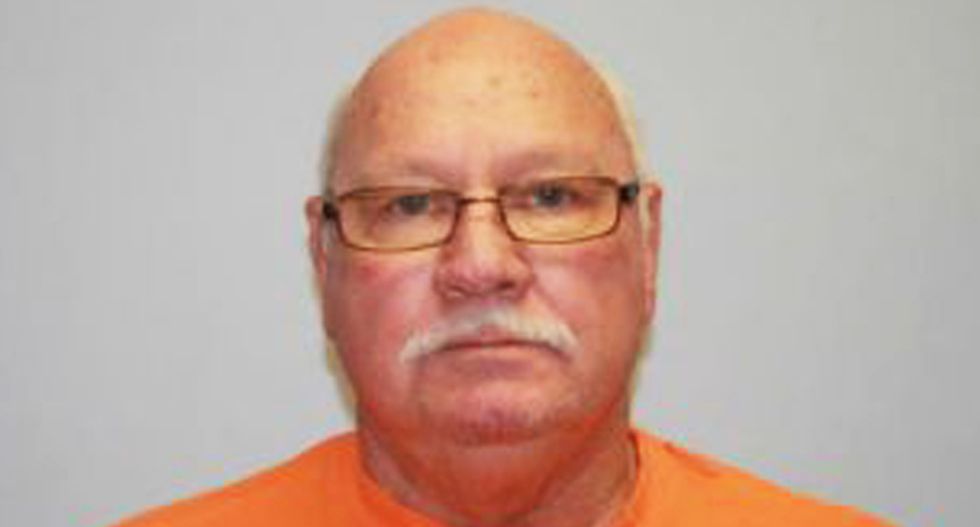 A Baptist pastor from Missouri has been sentenced to 50 years in prison last week for hiring his mistress and her husband to burn his house down with his wife inside of it, reports the Riverfront Times.

Donald Lafferty, 71, who was sentenced to 50 years in prison after a jury convicted him on charges of attempted murder, arson, armed criminal action and financial exploitation of the elderly after investigators discovered he had embezzled $87,000 from his 89-year-old mother.

The January 12, 2013 fire at Lafferty's home had become a cold case despite investigators finding evidence of arson.

The case was reopened in April of 2014, after investigators uncovered evidence that Lafferty had forged power-of-attorney documents and transferred his mother's life saving into an account controlled by him.

According to investigators, Lafferty had been involved in an affair with Brandy Lee Hicks, 33, who was a member of Beech Grove Church along with her husband, Christopher Hicks, 34.

Police state that Lafferty had been paying the Hicks' bills and had bought the woman two cars during their affair before approaching the two with a proposal; he would pay them $15,000 for setting the fire with a $5,000 bonus if his wife Mildred died as a result.

On the day of the fire, Mildred Lafferty said her husband made her breakfast and that her coffee that morning tasted horrible. She said she later became dizzy and laid down on the couch to sleep

Awakening  later, she saw her husband moving a chest containing family heirlooms from the room and that her husband told her he was tired of "stumping his toe on it." Investigators later discovered that the pastor has rented a storage room where he stored personal belongings, including the family computer.

Brandy Lee Hicks confessed to the authorities that she and her husband had set the fire, entering the home with a key Lafferty supplied to them. Hicks said that her husband poured gasoline on the floor around Mildred Lafferty before setting it on fire as she watched.

"Chris poured the gas around the couch, and poured some on Mildred," Hicks testified. "I stood behind him and watched when he lit the fire. Then we turned around and walked out."

Lafferty woke up from the heat of the fire and called 911, with fire investigators later confirming arson.

During an investigation of the fire by the pastor's insurance company Lafferty admitted he knew who had started the fire, but refused to give names.

The pastor subsequently moved to Vermont, and was later taken into custody in Massachusetts.

Following the verdict, the Scott County judge allowed Lafferty to post a $250,000 cash bond as he appeals his case, but prohibited him from contacting his mother and his wife.

Brandy Lee and Christopher Hicks were both charged with attempted murder and first-degree arson.