Ben Carson isn't worried if Trump is 'not such a great president': 'We're only looking at four years' 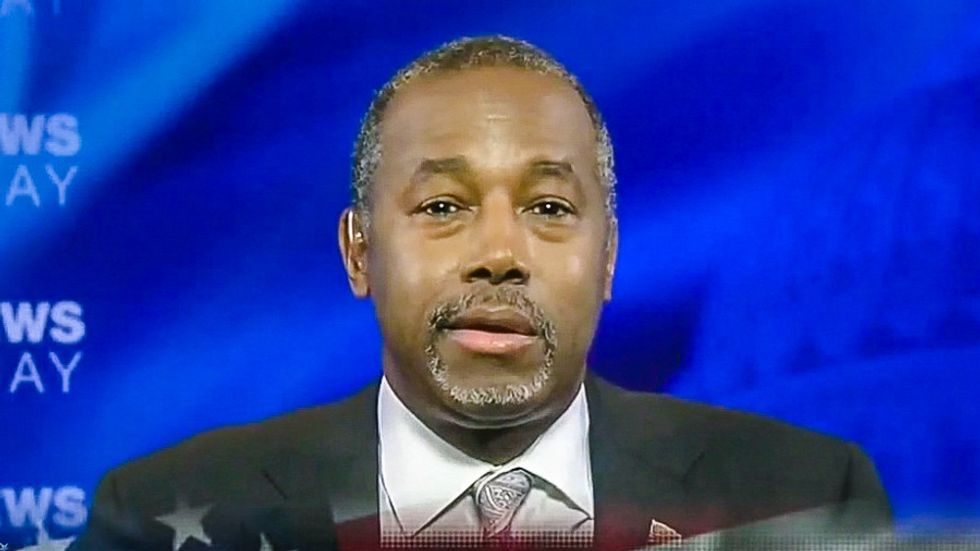 Ben Carson explained his somewhat bewildering endorsement of Donald Trump, who had compared him to a pedophile during a bruising presidential campaign.

The retired neurosurgeon said Monday he would serve some role in a possible Trump administration, saying he would assist in at least an "advisory capacity," reported NewsmaxTV.

"We haven't handled out all the details but it is very important that we work together in this country," Carson said. "Again, I'm not going to reveal any details about it right now because all of this is still very liquid."

Carson described himself as "a big picture guy," which he said allowed him to wave away possible his own concerns about Trump's qualifications and temperament for the presidency.

"Even if Donald Trump turns out not to be such a great president, which I don't think is the case, I think he's going to surround himself with really good people, but even if he didn't, we're only looking at four years as opposed to multiple generations and perhaps the loss of the American dream forever," Carson said.

Carson rose to political prominence as a critic of President Barack Obama at a 2013 National Prayer Breakfast, where he slammed the Affordable Care Act in a speech as the president looked on.

Over the next three years, Carson has promoted wild conspiracy theories about Obama canceling elections and called the president a "psychopath," among other criticisms.