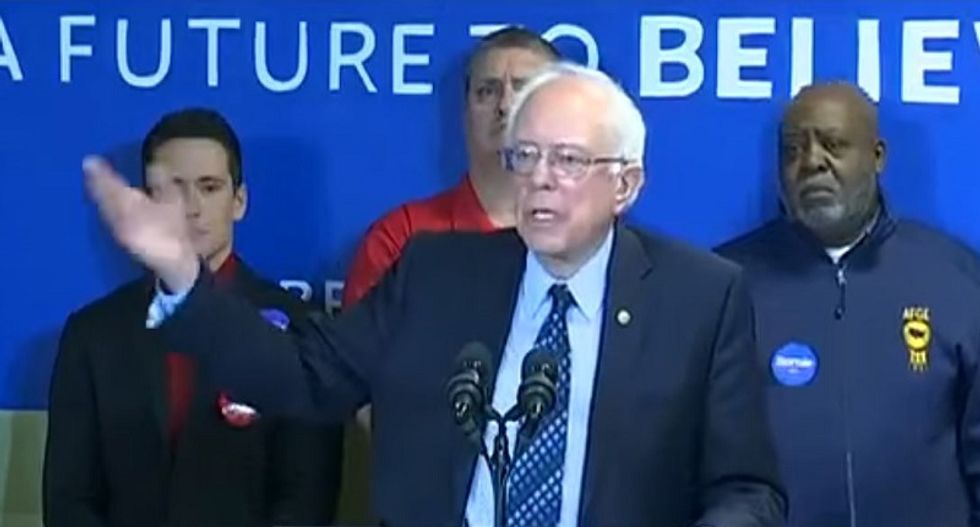 From toilet humor to allusions to the size of their genitalia, the Republicans have gone unprecedentedly blue. On Saturday, the Democratic candidate talked about the serious issues facing working class Americans, including economic inequality and mass incarceration.

Sanders also took a moment to blast the GOP.

"What we are seeing in the Republican presidential process is like a sixth grade food fight that you see in a cafeteria," Sanders said.

He repeated the accusation in an interview with MLive.