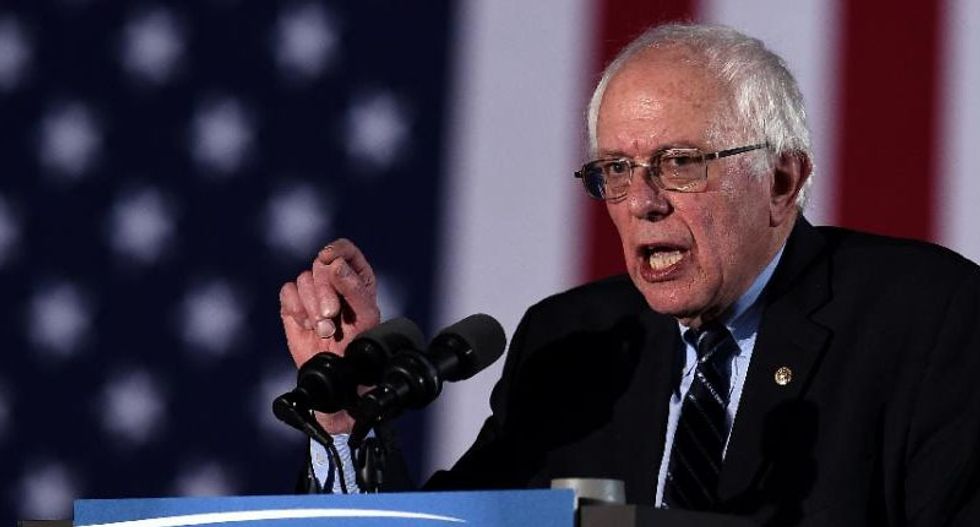 Bernie Sanders' Democratic presidential campaign has sued Ohio's secretary of state in federal court over what it calls an unconstitutional attempt to prevent young people from voting in the state's March 15 primary election.

“It is an outrage that the secretary of state in Ohio is going out of his way to keep young people – significantly African-American young people, Latino young people – from participating,” the U.S. senator from Vermont said in a statement released on Tuesday.

The lawsuit, filed in U.S. District Court in Columbus and joined by six Ohio 17-year-olds, alleged that a directive by Republican Secretary of State Jon Husted would "arbitrarily discriminate" against young voters.

Citing U.S. Census figures, it said such voters were more likely to be black or Latino than older groups of voters.

Sanders, who is seeking the Democratic nomination for the Nov. 8 election, has attracted support from young voters but has lagged behind rival Hillary Clinton in winning votes among minorities.

Ohio is one of more than 20 states where 17-year-olds who will be 18 by the time of the general election are allowed to vote in primaries, the campaign statement said.

Husted ruled last December that those voters would not be allowed to participate in the presidential primary.

He denied there had been any changes to voting rules.

"We are following the same rules Ohio has operated under in past primaries, under both Democrat and Republican administrations. There is nothing new here," Husted said on Twitter. "If you are going to be 18 by the November election, you can vote, just not on every issue."

He said that 17-year-olds were "not permitted to elect candidates, which is what voters are doing in a primary when they elect delegates to represent them at their political party's national convention."

(Reporting by Eric Walsh in Washington; Editing by Peter Cooney)