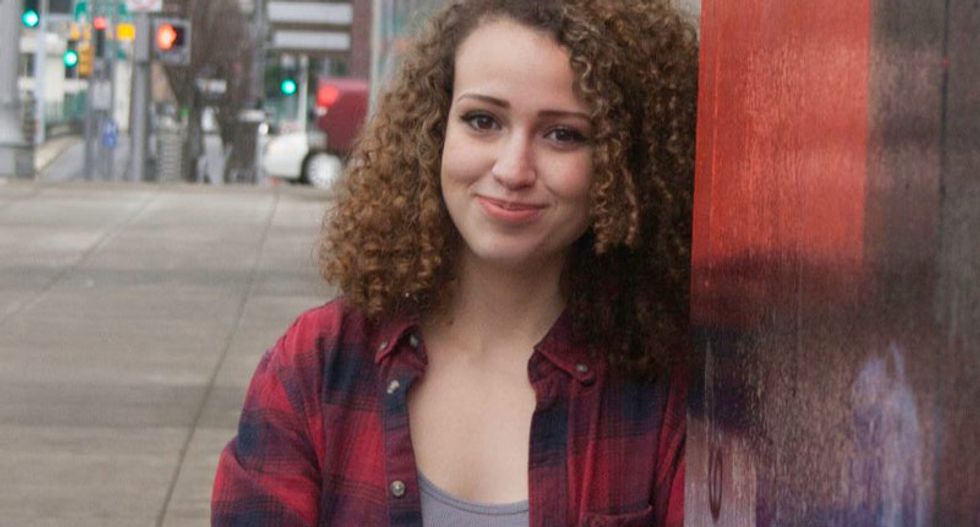 A 21-year old gay woman is telling the story of the abuse she suffered as a result of the "conversion therapy" to which she had been subjected as a teenager, in a new book titled Saving Alex: When I Was Fifteen I Told My Mormon Parents I Was Gay, and That's When My Nightmare Began.

Alex Cooper, a former Mormon, is featured in this new report from the local CBS affiliate in Salt Lake City.

"It's like sending you to therapy to change your eye color," she said. "It's not going to work. What it's going to do is damage you."

The events took place at the home of a couple with no license or training to administer therapy, but who had told her parents (who had initially kicked her out of the home) they could turn her from gay to straight.

The LDS Church itself told the station in a statement: "The Church denounces any therapy that subjects an individual to abusive practices. We hope those who experience the complex realities of same-sex attraction find compassion and understanding from family members, professional counselors and church members."

Among the torturous practices to which she was subjected at the home, she told Publishers Weekly, was being forced to stand facing a wall for up to 18 hours a day, with a backpack loaded full of rocks.

She also writes of the reprisals she suffered after attempting to escape: "He made a fist and punched me in the gut, knocking the wind out of me. I doubled over and choked for breath.

As also reported in The Salt Lake Tribune:

Eight months, at least one suicide attempt and several escape efforts later, Cooper managed to break free and get help to be herself from friends, lawyers and the courts. She reconnected with her parents after they agreed to an unprecedented court order in Utah not to try to change her orientation.

After that, the young lesbian was able to make up her junior year, graduate with her class and earn a cosmetology certificate to support herself.

Cooper told the Tribune that she has reconciled with her parents, and does not blame them for what happened. She wrote the book because, "I want to end conversion therapy."