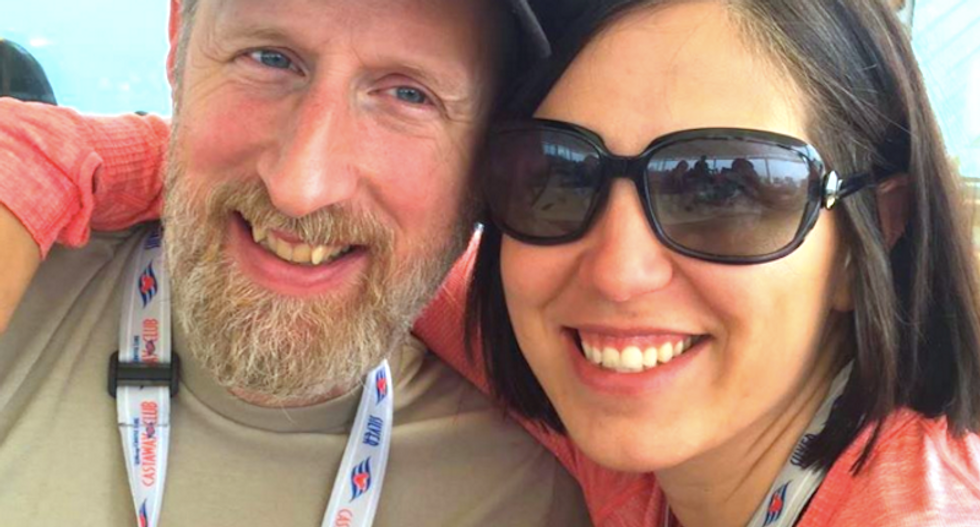 Bristol Palin's ghostwriter, Nancy French, has jumped onto the "never Trump" bandwagon, which could make things complicated in their working relationship.

Palin encouraged her mother to endorse the Republican presidential candidate in a Jan. 19 blog post -- which she could plausibly have written herself -- and Sarah Palin threw her support behind Trump later that same day in explosion of colloquial gibberish.

French -- who helped Bristol Palin write her 2011 memoir, Not Afraid of Life and writes many of the posts on her eponymous blog -- announced on her own blog that she was joining her husband, a columnist for National Review, in opposing Trump.

She said her husband had been trying for the past few weeks to slow Trump's momentum, and French said some of the GOP candidate's supporters to attack him and their daughter, who is from Africa.

"Though most Trump supporters are good, hard working folks who are simply sick of the overreaching government, these online supporters have a tone of racism that I can’t ignore," French wrote.

French said she worked for years to promote Mitt Romney, so she had planned to sit out the 2016 election -- but she said "this race demands people take action."

She linked to a column published Wednesday by her husband, an Iraq veteran who slammed Trump for his views on abortion, personal morality and George W. Bush's Middle East policies.

French said her husband had believed he'd support the eventual GOP nominee, when a candidate was eventually chosen -- but he changed his mind as all signs pointed to Trump winning the nomination.

“I hadn’t yet seen — or had been unwilling to believe — the full extent of his contempt for the truth, his fondness for far-left conspiracy theories, and his sheer malice,” David French wrote. “When I saw Trump in full, my decision was easy: Never Trump.”

French said the decision to join her husband in opposing Trump was a difficult one, because it could strain some of her personal relationships.

"I know many of my dear friends love and support Trump, so this political divide has caused me much personal pain," she said. "However, now is not the time for fence-sitting.