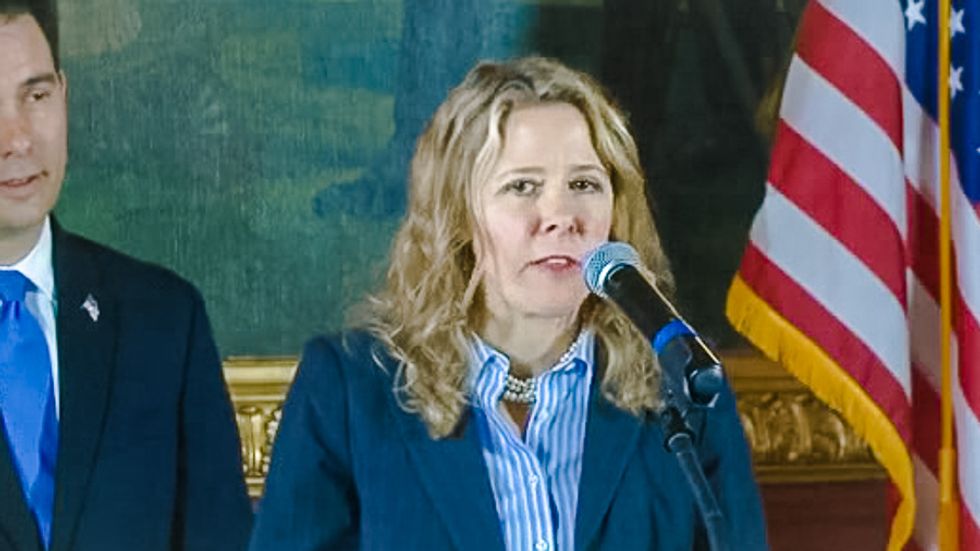 It was revealed this week that a recently-appointed Wisconsin Supreme Court justice who was found to have written disparaging things about liberals and the LGBT community also said that women were responsible for campus date rape.

The Journal Sentinel uncovered student newspaper columns written 24 years ago by Supreme Court Justice Rebecca Bradley where she complained that "queers are valued more than the innocent victims of more prevalent ailments."

Bradley, who said that she was upset about the election of President Bill Clinton in 1992, argued that people would be "better off getting AIDS than cancer under Clinton because it would get more funding."

"But the homosexuals and drug addicts who do essentially kill themselves and others through their own behavior deservedly receive none of my sympathy," she wrote. "We've just had an election (in 1992) which proves the majority of voters are either totally stupid or entirely evil."

For his part, Gov. Scott Walker (R) insisted that he had not known of Bradley's columns in the student newspaper at Marquette University when he nominated her to the state Supreme Court.

In a 1992 column that was unearthed this week, Bradley defended scholar Camille Paglia, who had been banned from several campuses after she wrote that "blaming the victim" of campus rape was "common sense."

According to Bradley, Paglia "legitimately suggested that women play a role in date rape." In a column titled "Awaiting Feminism's Demise," Bradley said that feminists were "largely composed of angry, militant, man-hating lesbians who abhor the traditional family."

A spokesperson for Bradley said that she would have to re-read the 1992 column before commenting on it.

Watch the video below from NBC 15.