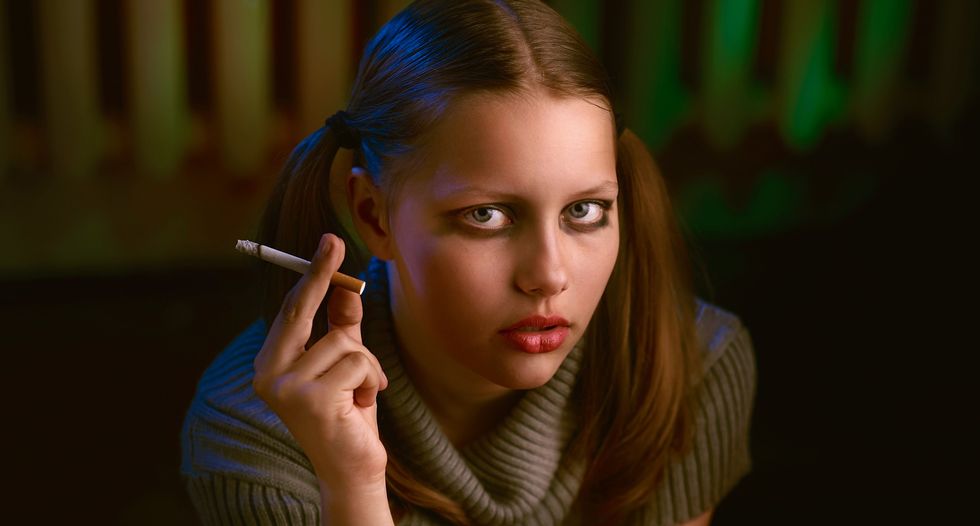 California's senate on Thursday approved a draft of anti-smoking legislation raising the minimum age for buying cigarettes and other tobacco products from 18 to 21 and regulating e-cigarettes.

Described by senate leader Kevin De Leon as "the most expansive tobacco control legislative package in over a decade," the measures are part of a package of six bills given the green light by lawmakers.

Under the new laws, e-cigarettes will be reclassified as tobacco products and banned in restaurants, theaters and other public places where smoking normal cigarettes is already forbidden.

"This is California's chance to make history by drastically reducing Big Tobacco's ability to target and poison our youth," said Democrat senator Ed Hernandez, who introduced the bill raising the buying age.

"We will no longer stand idly by while they continue to get generation after generation addicted. We need to make this happen for the sake of our children and the overall health of our state."

The bills, which also require schools to be tobacco free and allow for local votes to increase tobacco taxes, will be put before Governor Jerry Brown to sign within 12 days and will come into law within three months.

"The fierce opposition from Big Tobacco on this measure proves just how important this measure is and how much their business model relies on selling their drug to our kids," Hernandez added.

If Brown signs the legislation, California will become the second state, after Hawaii, to increase the tobacco buying age to 21, although New York, San Francisco and dozens of other cities have passed laws of their own cracking down on tobacco, including raising the minimum age for purchasing.

The California Medical Association hailed the move as "another important step re-establishing California's rightful place as a national leader in the fight against tobacco addiction, the number one cause of preventable death in our state and our country."