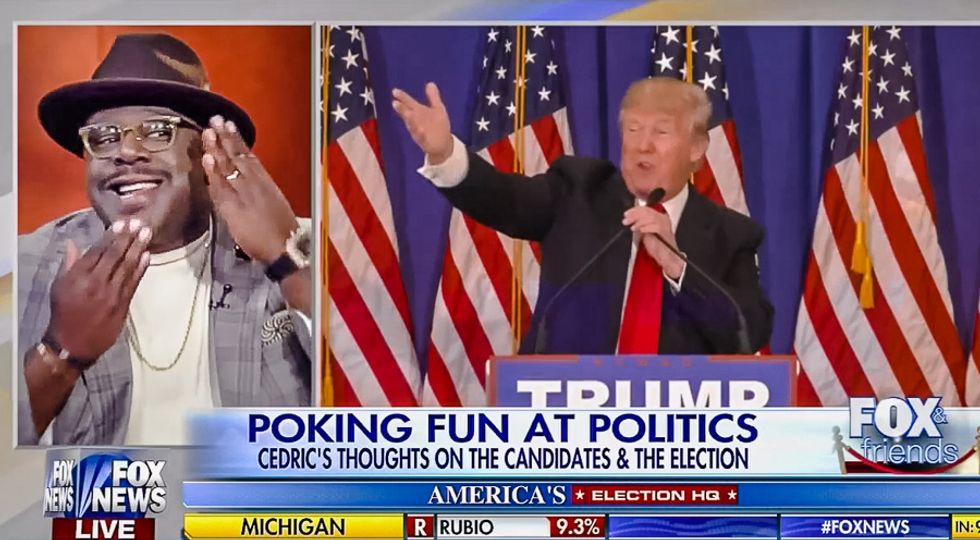 Cedric Antonio Kyles, who is better known as Cedric the Entertainer, told the hosts of Fox & Friends on Wednesday that GOP front-runner Donald Trump was his favorite candidate to mock because the billionaire's tan looked like it came from Cheetos snacks.

"Oh you can just say anything," Kyles admitted. "It's fun now. It's like regular politics are out the window. Like, nobody wants to see anybody talk regular politics, you just make up stuff. Like, I want to see Donald Trump debate the last seasons of Empire. I just know he's going to make Empire great against."

According to the comedian, Democratic candidate Bernie Sanders and GOP hopeful Donald Trump were the best sources for material.

"But Trump always," Kyles laughed to himself. "I don't know what's going on with the tan, you know. It's like the Cheetos. It's like that orange that you get on [your fingers], I think he just kind of [rubs it on his face]."