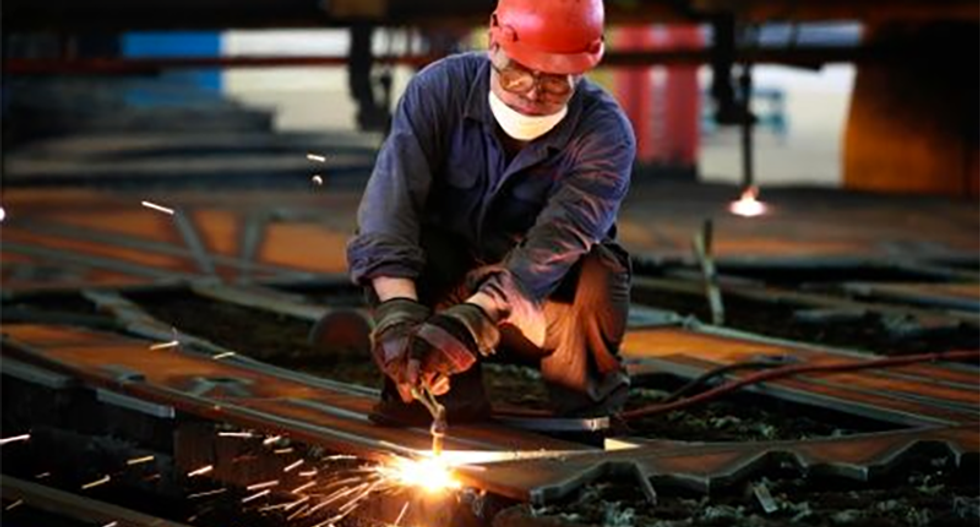 Huge industrial overcapacity in China will drag on both the country's and the region's growth this year, the Asian Development Bank said Wednesday, cutting its forecast for the world's second-largest economy.

China's GDP growth is expected to slow to 6.5 percent in 2016, the ADB said in its flagship Asian Development Outlook, lowering its December forecast of 6.7 percent.

With China casting its shadow over the continent, the bank also reduced its prediction for Asia's growth to 5.7 percent, down from 6.0 percent and slower then last year's actual 5.9 percent expansion.

The document comes at a time of global uncertainty about Beijing's ability to make much-needed cuts to its steel, coal, and cement sectors and manage a tough economic transition to a more consumer-led model.

China's economy grew at its slowest pace for a quarter-century last year, and concerns have been mounting it could soften further after Beijing set a 6.5-7 percent target for 2016.

"Weak external demand and excess capacity in some sectors, on top of a shrinking labour force and rising wages, continue to induce a gradual decline in the PRC's growth rate," Wei said.

A "sharp slowdown" in Chinese real-estate investment will be a "drag" on the economy, the bank added, although it would be partly offset by consumption and green investment.

The ADB's China economics head Jurgen Conrad said the government "urgently needed" to accelerate cuts to excess capacity in real-estate and manufacturing, and cited high corporate debt as another challenge.

"Supply-side reform is what China needs and what Asia needs," he said, adding that Beijing would not use "shock therapy" to make changes.

Elsewhere across the continent the prospects were brighter, however, according to the Manila-based bank.

The ADB predicted growth in India, the fastest-expanding large economy in the world, would slow to 7.4 percent, from 7.6 percent in 2015, but would accelerate again to 7.8 percent in 2017.

"India is growing faster now than China... and is likely to remain so in the near future," Wei said, saying structural reforms and improvements to labour market regulations would help boost activity.

Indonesia will lead Southeast Asia as Jakarta ploughs cash into infrastructure and encourages private investment, the ADB added, predicting GDP would grow 5.2 percent this year, up from 4.8 percent in 2015.

China's heavy industries, many of them state-owned, have provided mass employment for tens of millions of people but are increasingly loss-making and debt-ridden.

"What China is now attempting to do, in terms of the transformation of the economy, is absolutely unprecedented in human history," China country director Hamid Sharif said in Beijing.

"We know from the experience of other countries that reform is very much an art, and not a science.

"In every country, decisions have to be made taking into account what is possible, and what is achievable, rather than what some theoretical economist may sit in a room and decide ought to be done."

In the long run, the bank warned China faces a demographic squeeze as the population ages, which increases pressure on authorities to act now to reform the economy.

"Rising wages... and shrinking working age population are fundamental reasons why there will be a slowdown," ADB chief economist Wei told reporters in Hong Kong.