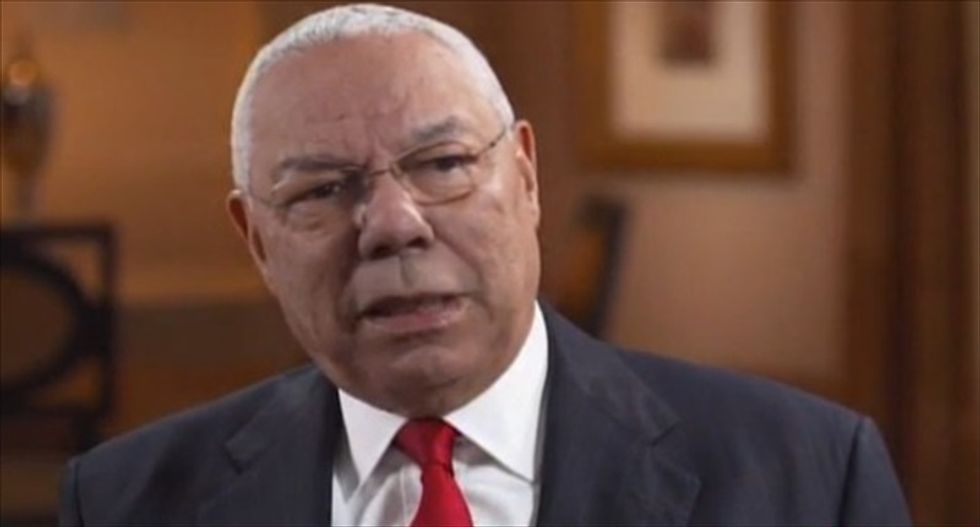 Former Secretary of State Colin Powell took time out from expressing his admiration for the late First Lady Nancy Reagan to say a few words about the rancorous fighting going on between the remaining GOP presidential candidates.

"To stand there and do junior high school tricks on one another is belittling the country and belittling the office to which they are striving," Powell said while remembering the "lack of any nastiness" he saw when working in the Reagan White House.

Powell referred to comments made by talk show host Jerry Springer in an interview last week, where Springer said of the debates, “Our show is a circus, but the presidency of the United States is not supposed to be a circus.”

Powell did not specify any particular candidates in a field that has been winnowed down to businessman Donald Trump, Senators Ted Cruz and Marco Rubio and Ohio Gov. John Kasich.