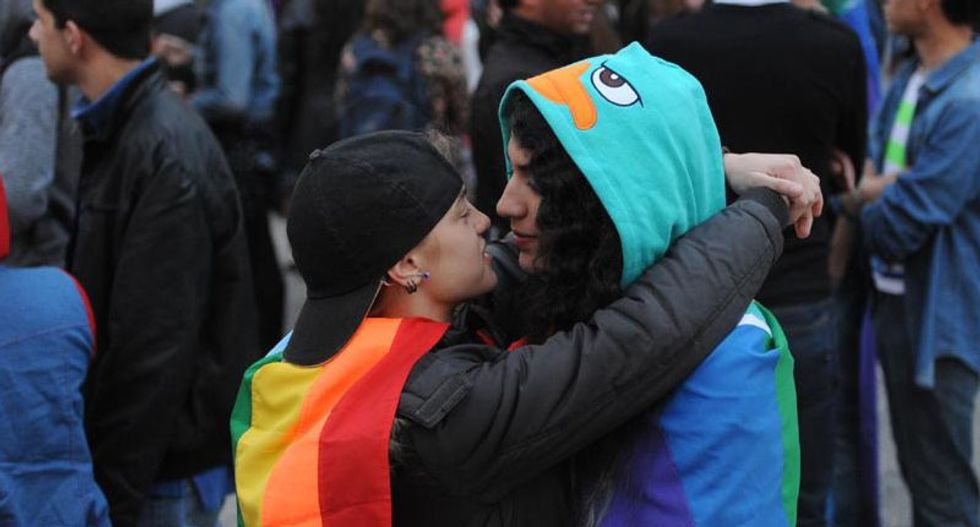 The day before Brad Allen planned to kill himself, he had an epiphany. It was September 2012, and the then 31-year-old Colorado pastor had spent years learning from his therapist and church leaders that his same-sex desires were a disease that could be cured.

“I was disordered and embodied toxicity to other people … I had a suicide plan, and I was ready to go through with it,” the Denver man recalled. “But I felt this thought: ‘You are not toxic.’ And that resonated deeper than what I had learned in therapy.”

Allen, now an openly gay worker at a not-for-profit organization, is sharing his story in the hopes that it will inspire state lawmakers to pass legislation this month banning therapists from using “gay conversion therapy” on minors.

But Colorado Republicans and conservative religious groups have mobilized against the proposed ban, even though the practice of trying to change someone’s sexual orientation has been widely discredited as harmful and dangerous, and are expected to defeat it.

Repeating homophobic and scientifically disproven claims about sexual orientation, Republican legislators and backers of “reparative therapy” have argued that this kind of counseling can be effective at enabling LGBT people to live heterosexual lives. And if their efforts to defeat the bill are successful, the state’s licensed professionals will continue to expose queer youth to a methodology that advocates and psychologists say can lead to depression and suicide.

The legislative battle could have national implications as other states explore similar efforts. Some supporters of the ban who have experienced conversion therapy will testify that their parents sent them from across the country to Colorado for the controversial services, which can have long-term negative impacts on mental health.

Colorado Springs, which has a high concentration of evangelical Christian groups, is also the headquarters of Focus on the Family, a Christian conservative organization that does national advocacy work and is a major defender of therapists’ rights to promote what the group calls “ sexual orientation change efforts ”.

“There are therapists and mental health professionals licensed by the state of Colorado who are harming children,” said Paul Rosenthal, a Democratic state representative who sponsored the bill , which passed a legislative committee this week and is awaiting a vote on the House floor.

“They are still trying to convert people to be a person they are not,” said Rosenthal, who is gay. “Why should we condemn an individual to a lifetime of guilt and shame?”

A handful of states, including California and New Jersey , already ban conversion therapy for minors.

Colorado’s Republican-controlled senate is expected to block the bill from reaching the governor, and Republicans at a recent committee hearing interrogated experts in psychology and LGBT people with a line of questioning that advocates deemed insensitive and offensive.

Representative Kathleen Conti, a Republican, compared being gay to alcoholism, asking psychologists who testified against reparative therapy whether they would help a minor who came to them wanting to overcome the addiction.

Conti further expressed concerns that the bill would prevent professionals from helping LGBT minors who want to “compartmentalize” and suppress same-sex desires, who may say to a therapist: “I feel like I have these homosexual desires, but … I know innately I want to have my own biological children.”

Sarah Musick, 33, said that after she came out, she and her parents in Virginia agreed that she should travel to Colorado Springs for conversion counseling through Focus on the Family – an experience that damaged her for many years. “I felt like I was just this broken, good-for-nothing human that didn’t deserve to be loved,” she said. “I spiraled into a long depression.”

Musick, who still lives in Colorado Springs and is married to a woman and has two children, said she was shocked by Conti’s comments that implied she and others were failures for not successfully completing conversion therapy. “It just triggered so much of the hurtfulness.”

In an interview, Conti defended her comments, saying she was not homophobic and that the bill’s backers are “heterophobic” for proposing a law that would specifically prevent gay youth who want to live heterosexual lives from getting help.

“I have many friends that are gay that I love unconditionally ... but I feel there’s a sector of the population that may have these attractions and yet may not want to live that way and would like to follow a different path in their life,” she said. “They have a right, whether they’re a minor or an adult, to pursue their happiness.”

Jeff Johnston, an issues analyst with Focus on the Family, said his organization does not have licensed professionals who currently offer reparative therapy, but said it may refer people with “unwanted homosexuality” to professionals who offer these services.

Johnston dismissed the testimony from those who said the therapy made them suicidal. “Just because a counseling practice doesn’t work for one person doesn’t mean we should ban it for everybody,” he said.