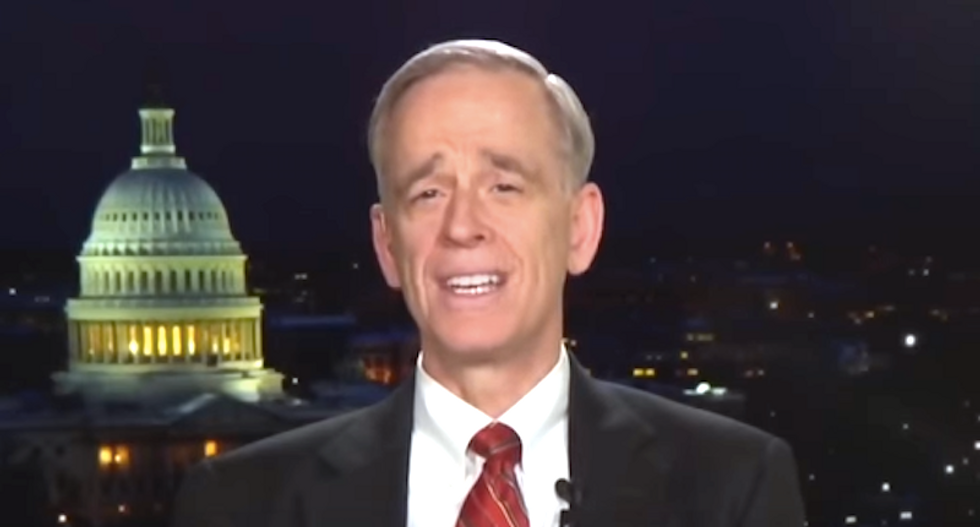 A conservative legal activist is promoting the idea that the U.S. Senate can hold off indefinitely in naming a replacement for the late Supreme Court Justice Antonin Scalia.

Dean Reuter, vice president of the Federalist Society, hinted that there might even be too many justices, reported Right Wing Watch.

"There’s no time limit in the Constitution, and there’s nothing magical about there being nine justices," Reuter said during a panel meeting at the Conservative Political Action Conference (CPAC).

"The country started out with six justices, we’ve had as many as ten at some point in time," he continued. "As recently as 2010, when Justice Elena Kagan came on the Court, she had been solicitor general so she recused herself in over a third of the cases (so) I don’t see a sense of urgency."

Reuter led a brief workshop last week at CPAC with John Yoo, the author of the infamous "torture memos" as a member of the Bush administration, on topics covered in their new book, “Liberty’s Nemesis: The Unchecked Expansion of the State."

"The president surely does have a duty to nominate someone, but the Senate has a co-equal duty as a co-equal branch of government, to in this case operate as a check," Reuter argued. "It doesn’t have any responsibility or any duty to host one-on-one meetings with the nominee, or hold a hearing, or hold a committee vote, or a floor vote. There’s no timetable. It’s not as if the president sends somebody over and says, we need this back next month, or next Wednesday, or whatever."

Reuter, whose group shepherded Samuel Alito's nomination through the Senate, suggested that Supreme Court appointments were an example of executive overreach.

"The Senate is perfectly well within its prerogative, even the proper understanding of checks and balances, it can easily be said that the role of the Senate is to check the president’s power in this instance, the appointment power, especially I think when you’re dealing with a third branch of government and a lifetime appointment," he argued.

The originalist scholar said Republican senators should not give in to President Barack Obama's demands that they follow the U.S. Constitution and political convention and vote on his nominee.

"It’s not the president appointing the secretary of the department of commerce, it’s the president making an appointment to an independent, third branch of government and the Senate’s entitled to do its full due, which in this case may be not to act," Reuter said.