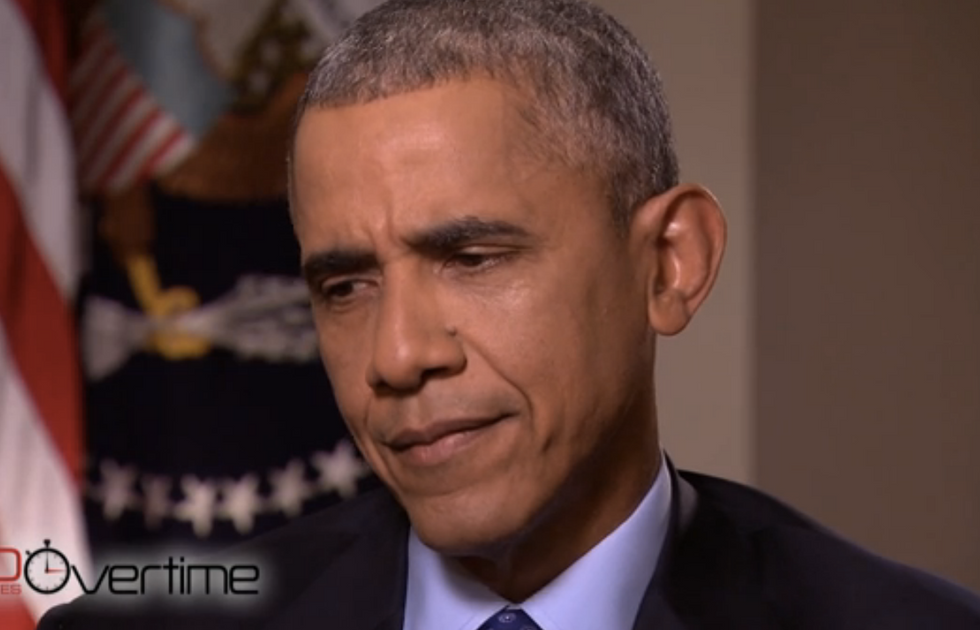 It took little time Tuesday morning for conservatives to turn the tragic attack in Brussels into an attack of their own on President Barack Obama for happening to be on a visit to Cuba.

Conservatives have been up in arms over President Obama's historic visit to Cuba this week, marking the first time a U.S. president has visited the island nation in 88 years.

Earlier in the week, National Review knocked the president after he had his picture taken in front of a mural of Che Guevara, with editor Rich Lowry calling it, "President Obama's Che moment."

The Brussels attack opened another door to go after the president because he happened to be out of the country when it occurred.

Obama was also rapped he didn't issue an official statement immediately in the aftermath -- waiting to be briefed first -- while GOP presidential front-runner Donald Trump made the circuit of mornings shows spouting opinions and speculating.

Former Bush speechwriter and current Washington Post contributor Marc Thiessen got the ball rolling by tweeting,"Brussels under attack. Obama on a tourist trio in Havana with his family. Says it all."

Obama's G20 trip continued as planned after San Bernardino attack. Why would we expect the Cuba trip to change after the Brussels attack?
— Jim Geraghty (@Jim Geraghty) 1458653442.0

Has anyone seen Obama denounce the murders in Brussels this morning? Must still be reveling in the police state ambiance of Cuba
— Steve Ferguson (@Steve Ferguson) 1458652879.0

My thoughts with the victims of the terrorist attacks in Brussels. And yesterday Obama posing smiling with sponsors of terrorism in Cuba.
— Alejandro Chafuen (@Alejandro Chafuen) 1458642808.0

The message from Xi came days after North Korea fired an intercontinental ballistic missile in one of its most powerful tests yet, declaring it would meet perceived US nuclear threats with nukes of its own.

Conservation advocates applauded Friday following a vote at the 19th meeting of the Convention on International Trade in Endangered Species in Panama, at which delegates from 183 countries and the European Union voted for sweeping protections for shark species.

"This landmark vote marks the culmination of a decade of shark conservation progress within CITES."