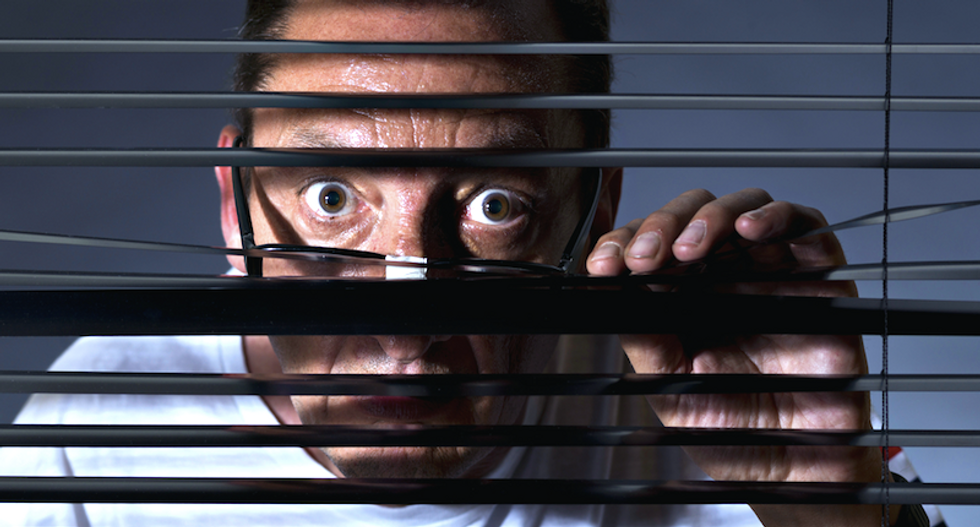 A Minnesota man who believes he's been stalked for decades by the CIA is seeking the return of his guns -- which were taken away by police over concerns that he might use them against others.

Ralph Gilbertson doesn't have a criminal record and says his biblical beliefs forbid him from harming anyone, but police seized the weapons last year after he sent a series of letters identifying some of his neighbors and apartment building employees as undercover CIA agents, he told the Star Tribune.

“There are literally hundreds of CIA spies in Richfield alone that harass me,” he wrote in one letter. “There are thousands of these people in the south-suburban area. I am certain I will be murdered some day.”

None of the letters threatened violence against anyone, but the managers of his apartment building called police to intervene after he sent them a letter complaining of CIA harassment and warning that he owned guns.

Three Richfield police officers seized a .40-caliber pistol, which the 74-year-old Gilbertson carries everywhere, along with a Smith & Wesson .357 magnum and an RG .22 revolver.

His concealed carry permit remains valid for another three years, but a police spokesman defended the seizure and explained that officers must sometimes act as psychologists when dealing with mentally ill subjects.

“Is he crazy dangerous or is he the crazy uncle?" said Lt. Mike Flaherty, a Richfield police spokesman. "We have to make that decision and let the legal system sort it out.”

Court documents show Gilbertson suffers from a mild bipolar condition, and his psychiatrist sent a letter to the judge saying the former security guard and Marine Reservist was compliant with his medications and posed no danger to himself or others.

Gilbertson, who believes in Bigfoot and UFOs, describes himself as a patriot and lifelong gun owner whose concerns about government spies are hardly unusual.

“He’s what some people would say is a conspiracy theorist," said his attorney, Paul Baertschi. "It is an unusual situation. But really, the police acted unilaterally in deciding that a person who has these beliefs can’t be trusted with a gun -- and so they just took them, without a warrant.”

Gilbertson stands a good chance of getting his guns back, the newspaper reported, because Minnesota law allows firearms to be seized on mental health grounds only if a person has been committed to a mental institution or ruled by a judge to be a public danger.

That requires a legal finding about harmful behavior that hasn't been made in this case.

His attorney said Gilbertson is a senior citizen who lacks the physical strength to defend himself.

"(He) has the constitutional right under the Second Amendment to have a weapon for personal protection," Baertschi said. "The police have no right to confiscate his weapons based on the speculative worries of anyone.”