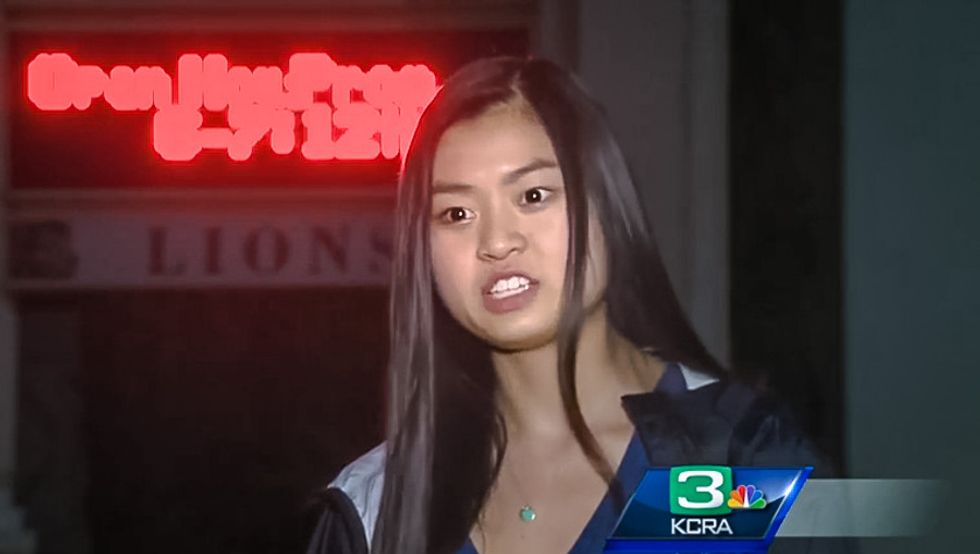 The El Dorado Union High School District in California apologized this week after students were seen on video shouting racial slurs at students of Asian descent.

Glen Kumamoto wrote on Facebook that his daughter, who is a student at C.K. McClatchy High School, was playing a basketball game in February at Oak Ridge High School when students supporting the opposing team began to chant racial slurs.

"Keep in mind that half of our team is of asian (sic) descent," he said, according to KCRA. "They would yell 'soy sauce", 'little eyes', 'you're ugly' just to name a few.”

One junior at McClatchy recalled that Oak Ridge students "started saying 'you guys are ugly, you guys are trash. Go back to your horrible homes.' We were all just disgusted the next day."

Kumamoto argued that "because they were made against Asians (sic), nobody on the Oak Ridge staff seemed to think there was a problem."

In a statement released this week, the El Dorado Union High School District acknowledged that “inappropriate behavior and derogatory comments” were made during the Feb. 25 game.

“We are disappointed and saddened by this situation and are working to address the inappropriate behavior," the statement said. "It is our expectation that respect be given to all during our athletic events and apologize that this was not the case on this particular evening.”

Watch a video report from KCRA below.