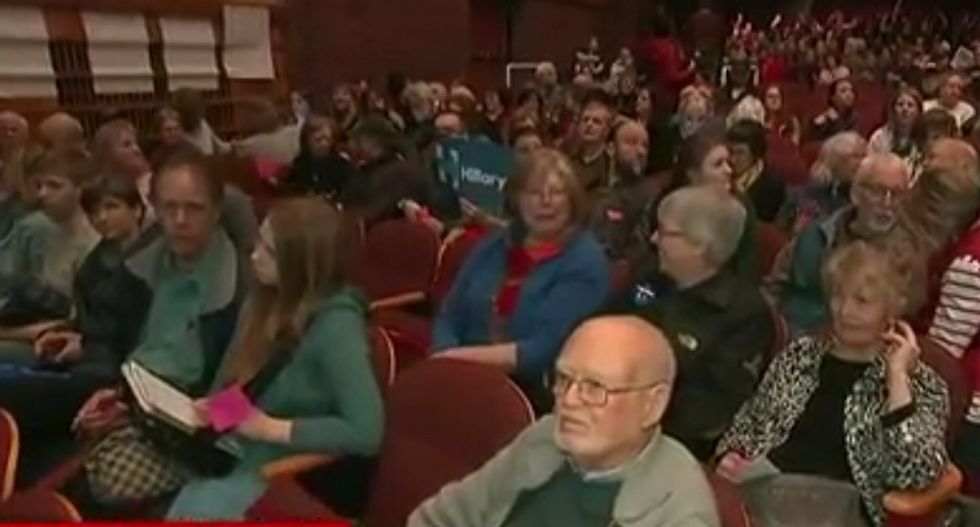 Democratic primary voters came out in such force on Saturday that some voters had to caucus in the venue parking lot, CNN reports.

Democratic contests are being held in Alaska, Washington and Hawaii today.

"It got so crowded in here that this district, over to my right, they are now being asked to go outside on a soupy Alaska day, about 37 degrees, and meet in the parking lot," the reporter said.

At one point, the fire marshal came.

"This is a monumental day, perhaps a record breaker in Alaska for a Democratic caucus," he said.

Watch footage from the caucus site, as posted by CNN, here:

At Alaska's largest caucus site, they are overcrowded and asking some people to caucus in the parking lot. In Alaska https://t.co/Y8W4uOhA68