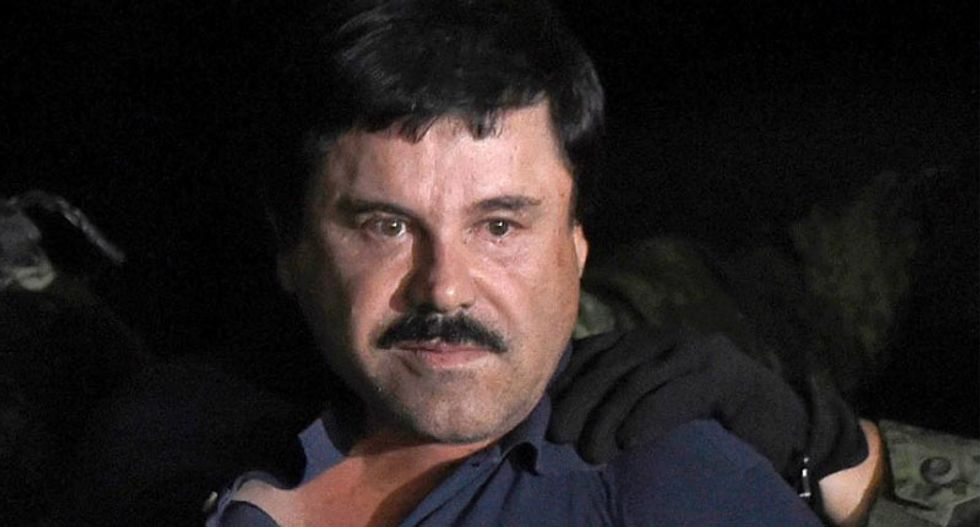 Mexican drug lord Joaquin "El Chapo" Guzman wants to be rapidly extradited to the United States out of "desperation" over being sleep-deprived in prison, his attorney said Wednesday.

The lawyer, Jose Refugio Rodriguez, said the defense team would seek to negotiate with US authorities and that it would take at least two months for Guzman to be shipped to Mexico's northern neighbor.

The Sinaloa drug cartel leader made his plea "in a moment of desperation" over his treatment, Rodriguez told AFP, citing concerns for his client's health.

"He can no longer take this situation," said the lawyer.

Rodriguez, who filed injunctions against his client's extradition following his January 8 recapture, said lawyers would continue his defense in Mexican court while they seek to negotiate with US authorities.

Prison authorities acknowledged that Guzman, 58, is woken up every four hours to make sure he is still alive as part of regular security measures for high-profile inmates.

Guzman was returned to the Altiplano maximum-security prison after his January capture, which came six months after he had escaped from the same penitentiary through a 1.5-kilometer (mile-long) tunnel.

In a reversal, President Enrique Pena Nieto has ordered the attorney general's office to expedite the extradition process. Prior to Guzman's July escape, Pena Nieto had refused to send him to the United States.

Mexico's attorney general has said extradition could take at least a year.

An official at the attorney general's office said on condition of anonymity that the case was in the hands of a court. The official said Pena Nieto could use a special law to accelerate the process, but a presidential source denied that this would be possible.

Guzman's wife, former beauty queen Emma Coronel, who is 26, told Radio Formula that "if his life is in danger, we will have to do what's necessary."

She said that Guzman's extradition would not be a "defeat" because she and their twin daughters are US citizens. She gave birth to the girls in California in 2011.

Rodriguez told Radio Formula that he saw Guzman on Tuesday and that the drug cartel leader told him: "Try to get me extradited as fast as possible."

"Not allowing someone to sleep is an act of torture," Rodriguez told the radio station. "I saw a desperate man, a dejected man. I found him very discouraged and in a very serious state of health."

"He is isolated and segregated in a special area, separated from the other inmates. He told me that he was taken to a small room ... (and) doesn't see the sun," the lawyer said.

Rodriguez said last week that Guzman would be willing to plead guilty in the United States in return for a "relatively reasonable" sentence at a "medium-security" prison.

Two US courts have formally requested Guzman's extradition since he was recaptured, with charges of drug trafficking in California and murder in Texas.

Eduardo Guerrero, the head of Mexico's penitentiary system, said the security measures were part of security protocols for high-profile inmates

"This protocol, in which attendance is called every four hours at night, means that the inmate is woken up once for proof of life," Guerrero told Radio Formula on Tuesday.

"We are not violating the rights and guarantees of any intern subjected to this type of security protocol," he said.

US Attorney General Loretta Lynch said recently she was confident that Mexican courts would soon decide on the extradition.

The US embassy declined to comment on Guzman's extradition request.