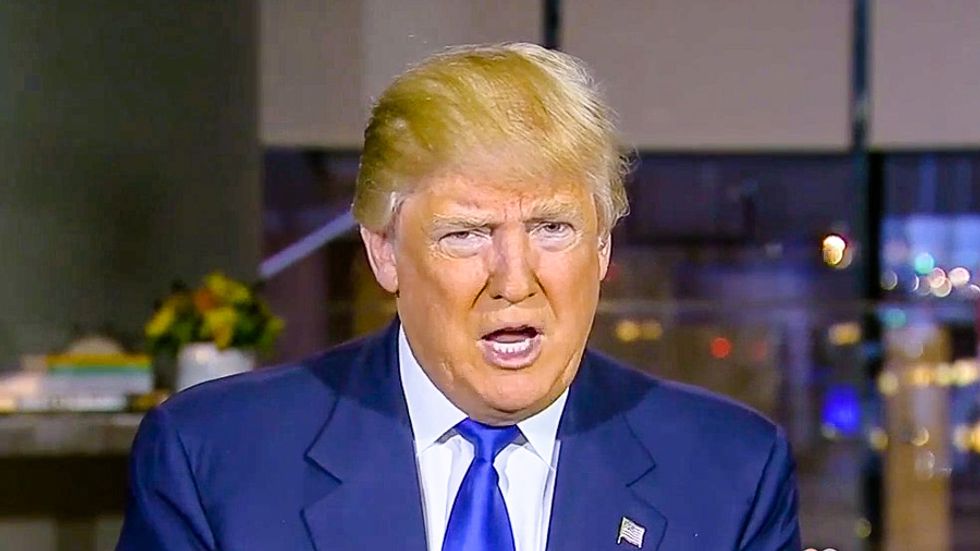 Republican presidential front-runner Donald Trump acknowledged on Tuesday he does not yet have a foreign policy team, and three former U.S. military and intelligence officials who have endorsed him are little known in either the Republican Party or the wider foreign policy community.

The New York billionaire, who had promised to name his foreign policy and national security advisers last month, told MSNBC that he has met with people but made no decision yet on who to advise him on global affairs.

Asked whether he had a team, Trump said on Tuesday: "Yes, there is a team. Well, there's not a team. I'm going to be forming a team at the appropriate time. I've met with far more than three people."

Trump has given hints of the kind of advisor he would hire to promote his national security policy, much of which is focused on cracking down on Islamic State. He also promises to gut global trade deals and build a wall on the Mexican border to halt illegal immigration.

Asked during a debate last week who he trusts on national security, Trump had warm words for three men with world views that differ from one another: former diplomat Richard Haass and retired U.S. Army officers Gen. Jack Keane and Col. Jack Jacobs.

And on his campaign website last month, Trump announced that he had received endorsements in Florida from two "top national security experts."

They are Gary Berntsen, a former senior CIA officer, and retired Colonel James Waurishuk, a one-time deputy chief of intelligence for U.S. Central Command during the wars in Afghanistan and Iraq who also once served on the National Security Council staff.

"These people are not well known in foreign policy circles...I never heard of any of them," said Harvard professor and former Kennedy School of Government dean Joseph Nye.

Waurishuk said on Tuesday he would have been willing to give advice if asked, by any presidential candidate, including Democratic front-runner Hillary Clinton.

Apart from Trump, however, Waurishuk said that the only other candidate he had contact with was Republican Jeb Bush, who he says snubbed him when they met at an event in 2014. Bush "ignored me and walked away," Waurishuk said.

Former CIA officer Berntsen is perhaps the best known of the three endorsers. A participant in efforts to hunt down Osama bin Laden, he later wrote a book entitled "Jawbreaker, The Attack on Bin Laden and Al Qaeda."

According to The Hill newspaper, one of its contributors, J.D. Gordon, has also endorsed Trump. Gordon is a former Navy commander officer and former Pentagon spokesman.

On Tuesday, Trump described U.S. Senator Jeff Sessions from Alabama, as someone he would consider for his team, adding that he would make a decision "in due time." Sessions is a member of the Senate Armed Services Committee and one of the few senior mainstream Republicans to endorse Trump.

Sessions is not known as one of the party’s leading foreign policy voices in the Senate. He opposes comprehensive immigration reform and supports tight border security measures.

On Tuesday, Trump, dismissed criticism that his harsh rhetoric would damage America's standing in the world.

The businessman shot back, saying diplomats are upset over his tough stance on trade and returning jobs to the United States as he seeks the party's nomination for the Nov. 8 presidential election.